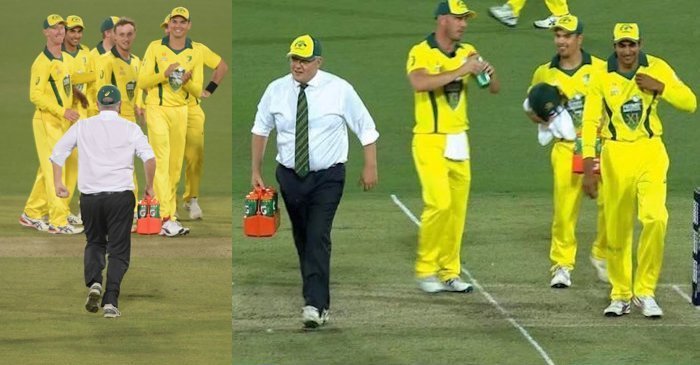 Sri Lanka’s tour of Australia got underway with a warm-up match at the Manuka Oval in Canberra on Thursday. The Islanders locked horns with the Prime Minister’s XI, and it turned out to be a low-scoring affair.

However, during Lanka’s innings, Scott Morrison, the Australian Prime Minister, was seen running on to the field, and he had the drinks carrier in his hands, much to the surprise of many.

It all happened after the end of 16th over with Sri Lanka score reading 110 for 6. Morrison was wearing the home side’s yellow cap and went up to the likes of Chris Lynn and Jason Sangha. The enigmatic figure was also wearing a formal white shirt, black trousers, and a green-colored tie.