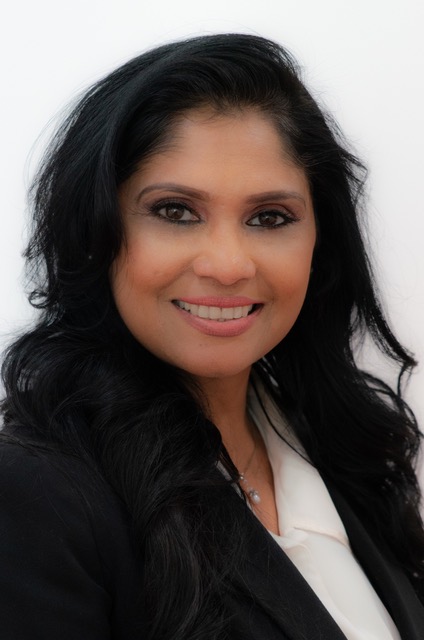 It gives me great pleasure to welcome you to our website. Sri Lanka Foundation Academy of Performing Arts (SLFAPA) is the pioneer accredited Sri Lankan Cultural Education Institute in the U.S.A. which paves the way for the children of Sri Lankan expatriates as well as all other interested students to learn and experience the Sri Lankan traditions and values. My heartfelt gratitude is extended to our Founder/CEO - Walter Jayasinghe, M.D., MPH untiring efforts and continued support.

Since its inception in 2015, it has been a long and fruitful journey for SLFAPA. As a WASC accredited institution, we aspire to guide the children to breathe life to our precious traditional dancing and drumming genres, with the help of highly qualified and professional staff.

With our vision - to achieve and inspire hope for improved lives and livelihoods of Sri Lankan and related communities worldwide, we strive to provide a balanced education and empower socially skilled young people who will contribute positively to the society’s wellbeing. 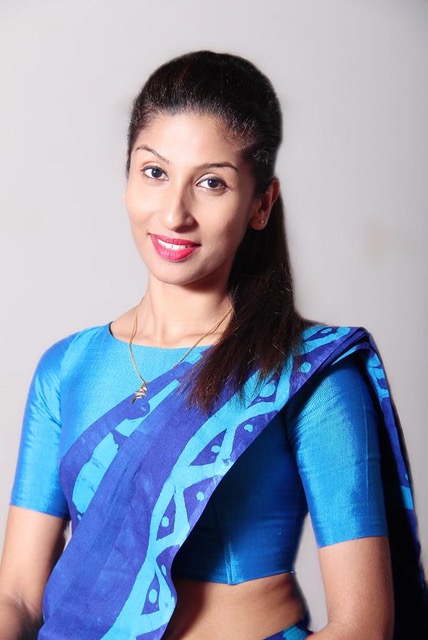 ﻿It is a pleasure to introduce Nirosha Wijegunasekare as an External Lecturer of our team. Anyone who relies on her doctrine would no doubt realize the true essence in the field of dancing. She was a great student of Guru Piyasara Shilpadhipathi, Guru Ravibhandu Vidhyapathi and Guru Asha Wickramasinghe. She is a proud lady to have many abilities as a bonus in the field of Choreography, Instructing and Lecturing in the field of dancing in Sri Lanka. A thoroughly carved product of the University of Visual and Performing Arts (UVPA), she has been attached to the UVPA as a lecturer since 2019. Nirosha is a dance scholar with expertise in traditional dance, oriental ballet, creative dance, and Bharatha Natyam. She has been crowned by many national awards in dance and has had extensive foreign exposure related to such aspects of dance. She functioned as the main dancer in state Dance Ensemble in Sri Lanka (2007-2015) and represented Sri Lanka in the “Asia Cultural road” in Korea as the Sri Lankan traditional dancer. Nirosha has successfully aced by conducting International Workshops in the field of Dance and is also attached to numerous international dance forums representing Sri Lanka. She has completed her post-graduate studies as MA in Dance at the University of Kelaniya in the year 2019 and she is about to get extensive knowledge in all the aspects and mechanisms of M.Phil degree at the University of Peradeniya. She is keen to develop her studies further in Choreography, Fitness and nutrition, and Modern dance. 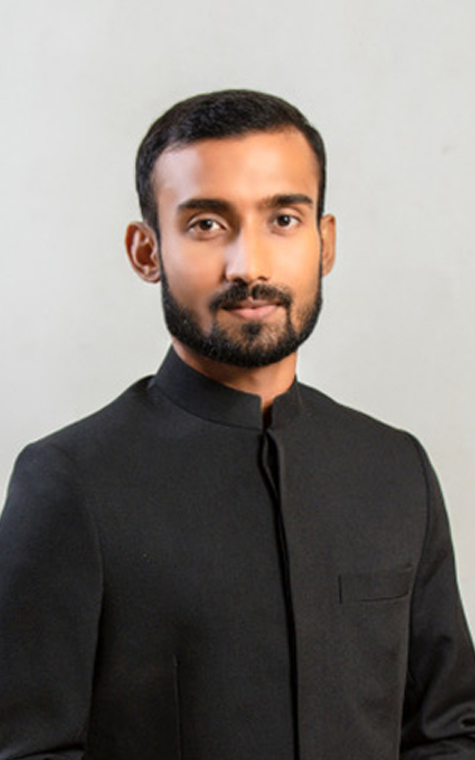 With great command of body and intellect Mr. Akila Palipana, dancer from Sri Lanka, has distinguished himself as an emerging talent with many intriguing possibilities ahead. He contributes to the field of dancing, as a Performer, Choreographer, Instructor , and Lecturer. He is a graduate of University of Kelaniya and he is reading for his master degree while contributing to the mother university with his knowledge and skills as a visiting lecturer. He was attached to Chitrasena Dance Company for 06 years which is one of the most prominent dancing institutes in Sri Lanka as a performer, teacher and choreographer. ‘Akila Palipana Dancing Studio’ was founded by Jim in 20218 with the idea of passing his passion for dance to the younger generation. He has brought fourth many new talent to the country gaining national level achievements. He was the choreographer of best and most popular dancer at Derana little star season 09 and 10. He himself was the best creative dancer of ‘Kavitha’ inter university dancing competition, 2012. He is the expert in Sri Lankan traditional dancing, folk dancing, Kathak and contemporary dancing. He has represented Sri Lanka in many global events and some of his works were in India, France, Australia and the United Kingdom. Akila Palipana, and incredible dancer with immense knowledge and experience in the field, is devoted to explore the art of motion which expresses your deepest inner thoughts. Dancing is what ruled him up to this day. 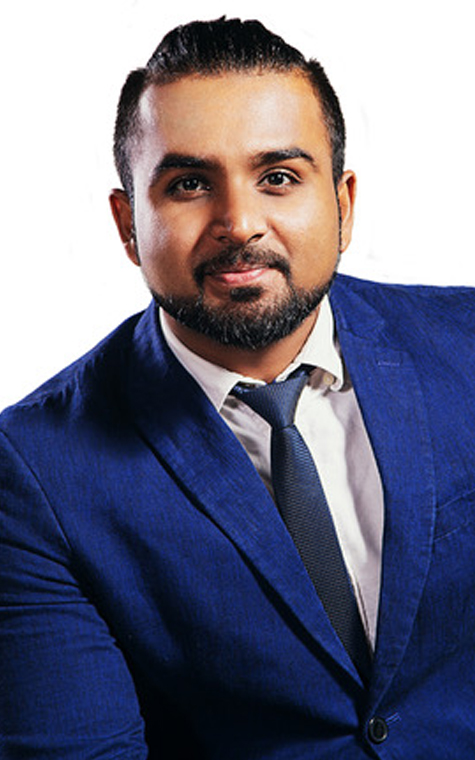 In 2003, Nalinda received a scholarship to Royal College, Colombo for his higher education. The same year he began mastering his drumming skills under the guidance of renowned guru Piyasara Shilpadhipathi. Here, he was given the opportunity to perform all over Sri Lanka and internationally. He has earned the honor of working with renowned Sri Lankan dance gurus – namely, Ravi Bandhu Vidyapathi, Kulasiri Budawatta, Channa Wijewardana and Chandana Wickramasinghe. Nalinda is a pioneer member of the illustrious percussion band – Naadro. Naadro was founded by his Royalist colleague become best friend Rakitha Wickramaratna. Naadro became one of the first percussionist bands to introduce Latin Percussion to Sri Lanka.

In 2008, Nalinda moved to the United States to complete his degree in computer science. Although he focused on his studies, his passion for drumming and dancing did not die down. In 2010 he became one of the youngest Sri Lankans to be performed at the Carnegie Hall Manhattan.

Since the beginning of Nalinda’s dancing and drumming career he has been passionate about sharing his talents with the world. In February 2017 he started Behri Drum and Dance Academy with Kanishka Gomas – his wife who is a professional dancer. He is methodically conversant as a Drumming Expert, Percussionist, Collaborator, Choreographer, Communicator, Recording Artist, Creative Artist and a strong Header Leader, whom one could rely on for any type of activity.

Nalanda will be a great asset to our panel of instructors, and most importantly to our students. We look forward to working with Nalinda for many years ahead. 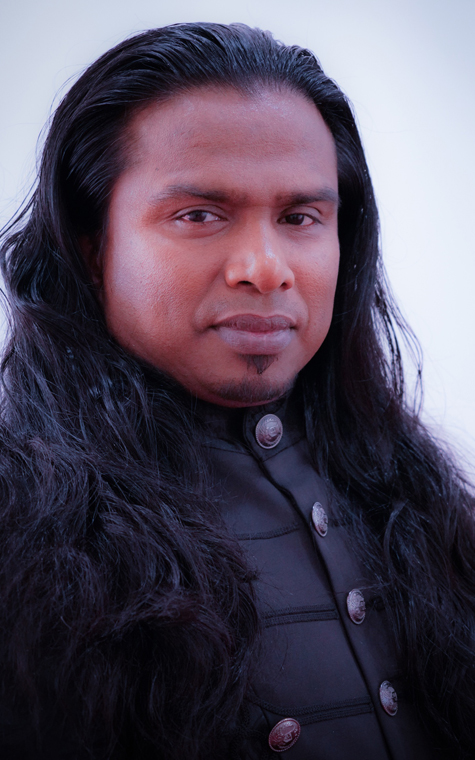 Lal Thilakarathana, is the most senior dance and drumming instructor at The SRI LANKA FOUNDATION Academy of Performing Arts. Lal first started dancing when he was six years old at the Sri Nimalweera Kalayathanaya, Ratnapura, Sri Lanka. He learned to perform Kohomba Kankariya, Bali rituals and many more folk rituals and dance traditions at that institution for more than ten years before he graduated in 1986 followed by a “Ves Baduma” ceremony in 1989. Lal continued his higher education with a diploma of ” Lalitha kala ” (NYC) and National Gandharva exam. In 2014 he was offered a bachelors degree from Shakspeare Center Sri Lanka in dancing, drama, and stage productions. He has performed in more than 35 countries at some of the most prestigious venues including Sydney Opera house and Kennedy Center, Washington, D.C. Lal has performed in front of hundred and two world leaders including Prince Charles, The Prince of Wales. As a dance instructor, he taught many students at prestigious dance academies around the world including, Sri Lankan Art Council of Sydney, Channa Upuli Dance Academy & Lal Thilakarathna Rangayathana in Colombo, Sri Lanka. He also conducted the first Traditional Sri Lankan Graduation ceremony (pahinpath mangalyaya) in Califonia. 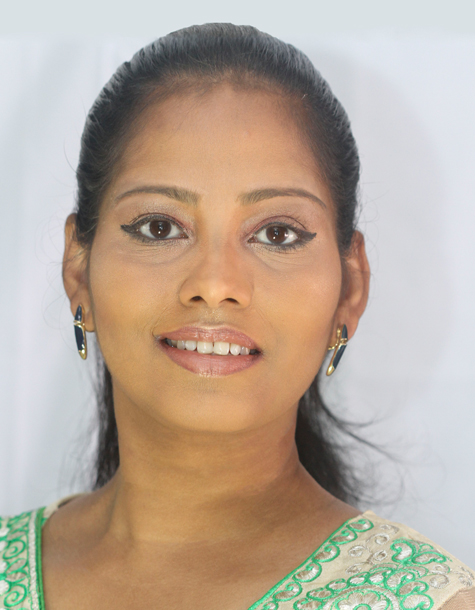 Umendra Kahadawaarachchi is a Sri Lankan dancer, drummer , choreographer and an instructor of dance living in America. She has been dancing since the age of 4. She joined the Piyasara Shilpadhipathi Dance School at the age of 7, and later graduated in the year 1994. She also received national certifications from the Ministry of Education, in Sri Lanka for primary and advanced level dance examinations (Ghandarva and GCE A/L). She continued to dance with the Piyasara Shilpadhipathi Dance School till 1998 and then migrated to the United States of America in the same year and started her very own dance studio called the ” Nethranjali Dance Academy “. Umendra continued to teach dancing for free to students in America, serving the Sri Lankan community living here. She also received a Bachelors degree with honors in nursing from the University of Phoenix in California and is continuing to advance her studies in nursing while currently working for the Sri Lanka Foundation as a dance instructor here in Los Angeles since 2017. 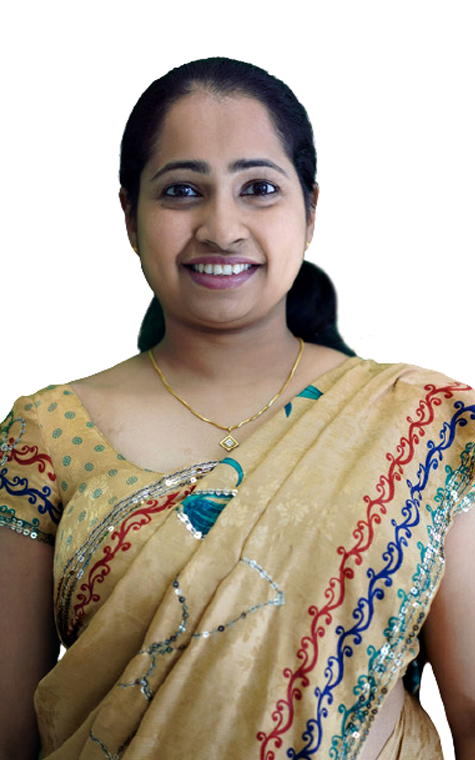 Kanishka embarked on her dancing journey at the age of six in her primary school MDH Jayawardena vidyalaya Colombo. At the age of eight she received ascholarship to Visaka Vidyalaya, Colombo. She studied dancing under gurus Waruni Liyanage, Sunila Lokumanna and Ranjith Priyanga. Her first tour to perform as a dancer took place in Thailand and Taiwan at the age of twelve. Later on she had the opportunity to travel to other countries to showcase her talents.

She has won all island dancing competitions a few times representing her school. At the age of fifteen, Kanishka joined guru Piyasara Shilpadhipathi’s dance academy to master her dancing skills. Few years later, she started her own dance academy.

After her high school graduation, she received another scholarship to the Bangalore University in India where she received her bachelor’s degree in Economics. She continued dancing and performing at festivals representing Sri Lankan culture. In 2009, she won 1st place at the international dance competition in Bangalore.

After she moved to the USA in 2014 she soon started performing with Behri. Together, Nalinda, Kanishka and Behri family started the Behri Dance and Drum Academy in the year 2017 continuing her dream of promoting traditional Sri Lankan dancing in the United States. Kanishka is a very talented and professional performer and choreographer, who takes pride in her work. She loves to interact with people of all walks of life, and learn their culture, with a special warmth for children. She is a teacher who is committed to give the best to her students and share her extensive knowledge and skill in traditional dancing.