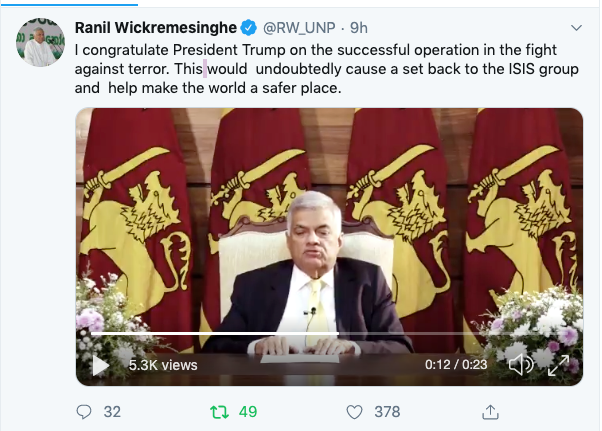 Sri Lankan Prime Minister Ranil Wickremesinghe said on Twitter that IS “has been creating fear and terror around the world. This successful operation makes the world a safe place”

I congratulate President Trump on the successful operation in the fight against terror. This would undoubtedly cause a set back to the ISIS group and help make the world a safer place. pic.twitter.com/trI0KNZ56o

A video released afterward showed ringleader Mohamed Zahran, who was among the suicide bombers, and others whose faces were covered pledging allegiance to al-Baghdadi.

A separate video showed al-Baghdadi appearing in a video praising the attacks in Sri Lanka.