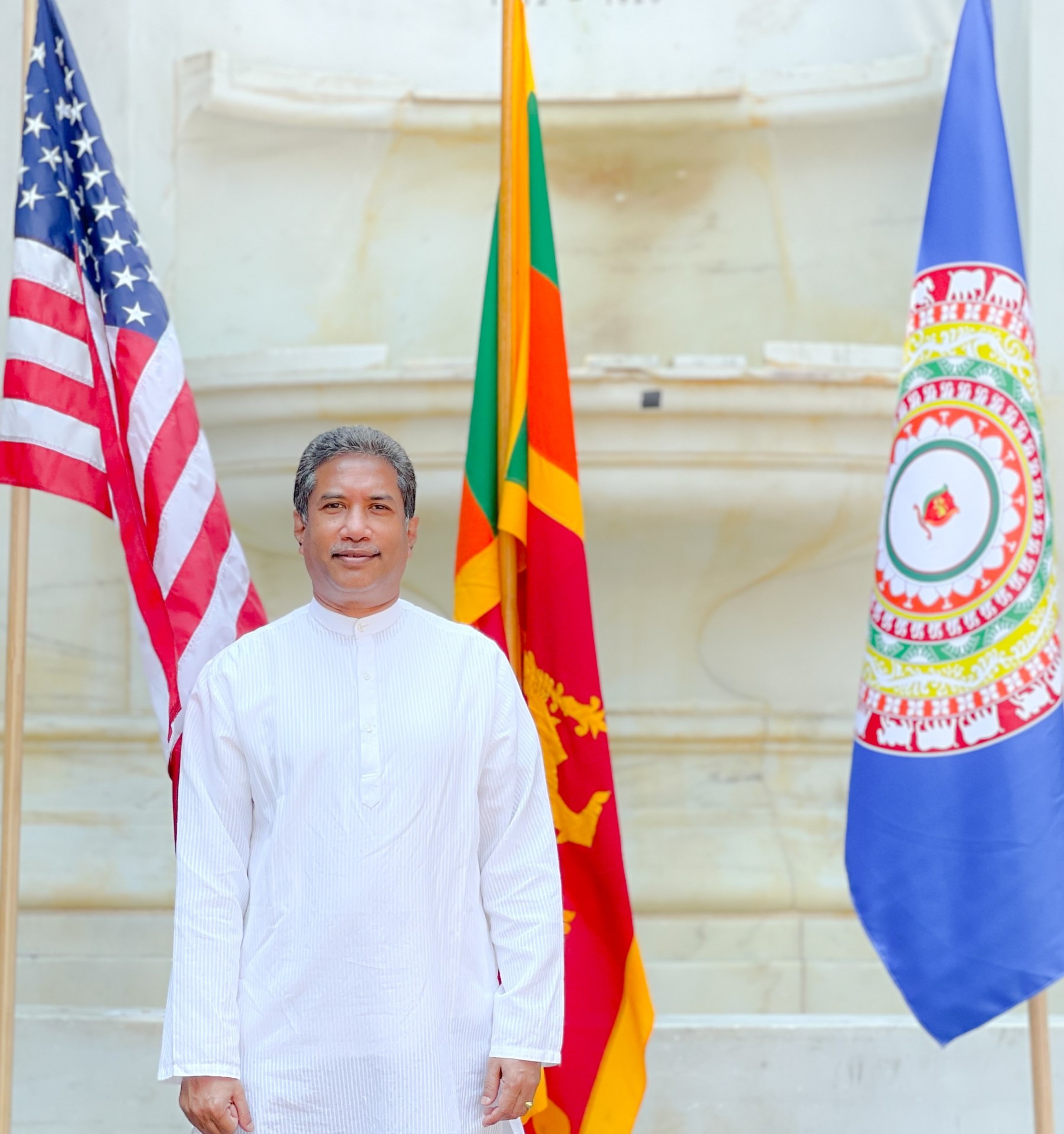 Ambassador Perera joins the SLF with nearly four decades of professional education, global travel, speaking engagements, and delegations involving Sri Lanka and its relations with all nations of Asia, Africa, the Middle East, and Europe, and the Americas.

The SLF stand to benefit from Ambassador Perera’s 32-year diplomatic service experience, bringing together key personalities from the political, business, civil society and media spheres to address regional and global issues of the highest importance for Sri Lanka in numerous regional and multilateral discussions. Having worked across all regions of the world, he possesses a uniquely global perspective in the realm of foreign affairs and international relations, involving in efforts leading to the recognition of the sacred Vesak Day by the United Nations and issues relating to environment and climate change, sustainable development, conflict resolution and peace building,

Ambassador Perera will lead the many endeavors of the SLF centered on Sri Lankan communities across the globe given his vast experience in diaspora outreach along with economic and cultural diplomacy programs successfully carried out for Sri Lanka.

Ambassador Perera attended St. Joseph’s College of Colombo, representing the school in Cricket and Track and Field. Having spent a year in Tokyo to study computer programming, he went on to obtain a Bachelor of Business Administration in Management Information Systems from the University of Toledo in Ohio. Later, he earned a Master of Arts Degree in International Studies from Columbia University in New York. He has completed specialized study and training programs in several leading institutions in Asia and Europe and at the US National Defense University and Harvard University.

After recruitment to the Sri Lanka Foreign Service, Ambassador Perera served in many important capacities in the Ministry of Foreign Affairs in Colombo and several Sri Lanka Missions overseas in a distinguished career of public service.

Ambassador Perera has functioned as the Spokesperson and Additional Secretary of the Ministry of Foreign Affairs (senior most rank in the Sri Lanka Public Service) and oversaw key areas relating to Political Affairs, Public, Cultural and Economic Diplomacy, Administration, and welfare of Sri Lankan workers overseas. He also played pivotal roles in organizing the SAARC Summit as well as the Commonwealth Heads of Government Meeting (CHOGM) held in Sri Lanka in the past decade.

During his tenures overseas, Ambassador Perera served as, Second Secretary of the Sri Lanka Embassy in Tokyo, Japan; First Secretary of Sri Lanka’s Permanent Mission to the United Nations in New York; Acting High Commissioner of the Sri Lanka High Commission in Nairobi, Kenya and concurrently as Sri Lanka’s Permanent Representative to the United Nations Environment Programme (UNEP) and the UN Human Settlements Programme (UN Habitat). He was Sri Lanka’s Ambassador in Rome, Italy while concurrently functioning as Ambassador to Greece and Albania, High Commissioner to Cyprus and Malta, as well as Permanent Representative to the Rome-based Food & Agriculture Organization (FAO), World Food Program (WFP) and Governor at the International Fund for Agriculture Development (IFAD). He also served as Sri Lanka’s Ambassador in Oslo, Norway from 2009 to 2012 during the penultimate phase of the Norwegian peace facilitation in his country.

Mr. Perera, most recently, was the Ambassador Extraordinary and Plenipotentiary of Sri Lanka to the United States of America in Washington D.C. Prior to that, he served in Brussels as Lanka’s Ambassador to Belgium, Luxembourg and the European Union for almost five years, playing significant roles in regaining EU GSP+ trade benefit for Sri Lanka along with the removal of the ban on Sri Lanka’s fishery exports to the EU and counter-terrorism initiatives of Sri Lanka.

Among the recognitions he has received for his professional work is the “Grande Ufficiale—Ordine della Stella della Solidarietá” (Grand Officer of the Order of the Star of Italian Solidarity—highest Italian civilian honour), bestowed by the President of the Italian Republic for his tenure in Rome. He also received the University of Toledo College of Business and Innovation’s 2019 Distinguished Alumnus award.