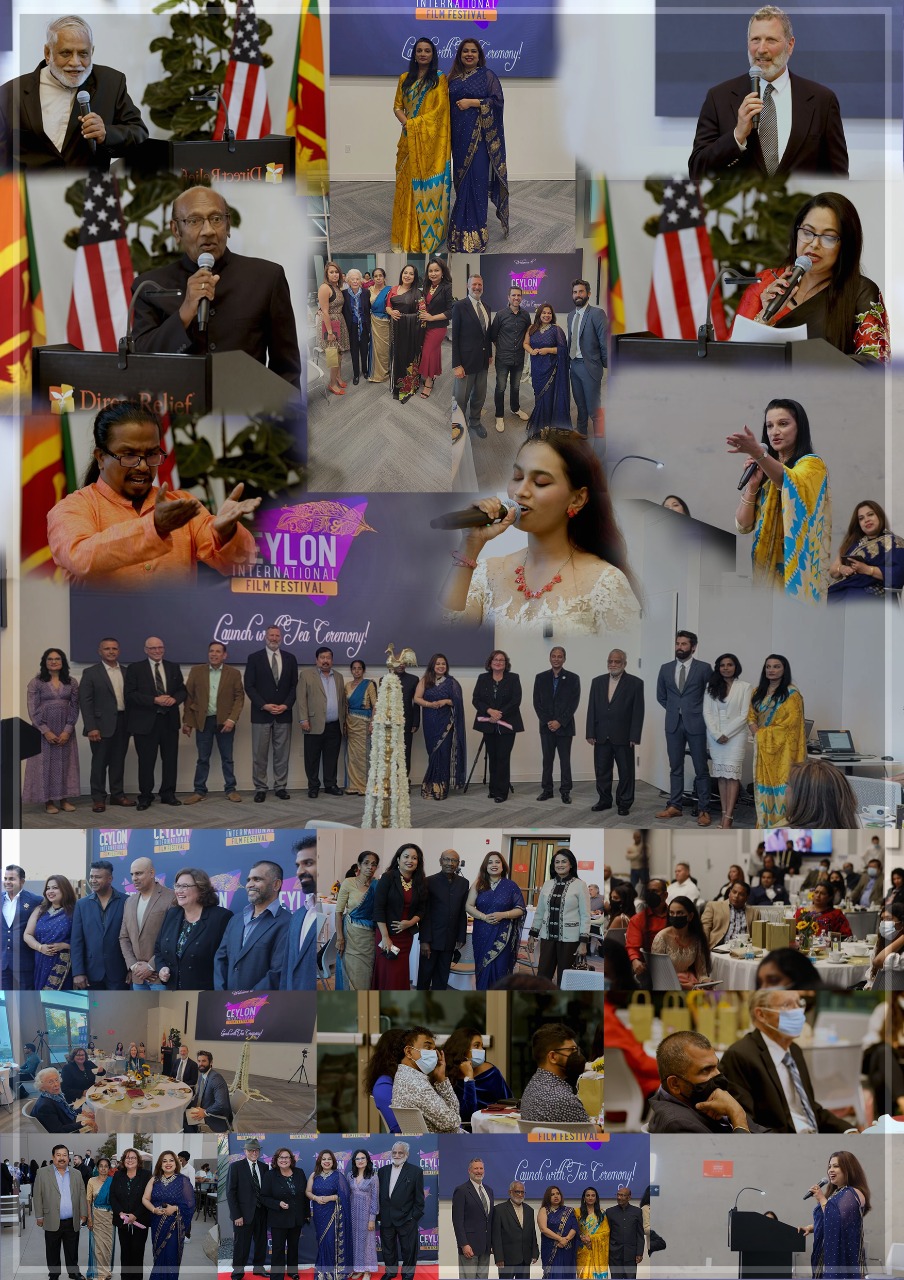 Let me first complement Aruni Boteju for organizing the planned film festival and its launch today. Aruni is constantly engaged in social service promoting the arts and also her motherland by coming up with creative ways of accomplishing her projects, and today’s event is no exception. Thank you all for sponsoring and supporting her commendable initiative in organizing the planned film festival.

I have been asked to briefly give you the background and contextualize the forthcoming festival. The Finest Island in the World- That’s how Marco Polo, the famous explorer, described it on his travel accounts. He landed in 1292 AD and was one of the many famous travelers who visited the country that was called ‘The Pearl of the Indian Ocean.

The Island’s history is well recorded in the chronicles and extensive archaeological evidence. There sits a host of ancient monuments, Buddhist structures such as stupas, and historical royal cities that once served as the center of early Kingdoms of Anuradhapura and Polonnaruwa and served the Sinhalese people and civilization. As a result, the Island offers some of the best-preserved historical and cultural archaeological sites comparable to any in the world, with five UNESCO World Heritage Sites, which have attracted streams of tourists.

The Island of Sri Lanka is also home to tropical forests, and a wealth of endemic flora and fauna, with mesmerizing highlands and pristine beaches and naturally been the location for many western movies, including the Oscar Winning movies – Bridge over River Kawi, Elephant Walk and notably, Stephen Spielberg’s Temple of Doom.

Ceylon was introduced to the films early in the 19th century by the British occupants when the first film screening happened in 1901, and in 1903, photographer A.W. Andree, of Jaffna in northern Sri Lanka, was the first Ceylonese to form a local film company – Coric Bioscope. Having acquired a projector from abroad and gained access to an auditorium, he began to screen silent films from Europe.

Later, Madan, an Indian theatre and film producer, began building cinemas. By the 1930s, he owned an expansive network of cinemas of his company Madan Theatres Ltd. These venues predominantly screened Indian films and, in doing so, took some of the focus away from imported European films.

1947 marked the debut of the first film produced by a Sri Lankan called “Kadawunu Poronduwa,” or The ‘Broken Promise.’ This marked a new era for the industry, and with time a slew of films followed, and a number of them have won international recognition.  In the first decade since then, most films were made in South India, with Indian-style sets erected in film studios. Several artistic Sinhala films were also made in the late-1960s including Sath Samudura by Professor Siri Gunasinghe.During the 1970s, several talented productions came to the forefront while commercial cinema continued to steal storylines and plots from Indian films. Over the next few decades, artists attempted to breathe new life into the industry.

These include Dr. D.B. Nihalsingha with “Weilkatara”- Sri Lanka’s first film in Cinemascope ratio wide screen in 1972; Vasantha Obeysekera who followed up his well-received debut Ves Gatho culminating with Palangetiyo in 1979. Another major director who stepped forward during this time is Dharmasena Pathiraja who examined the tensions of city youth in such works as Bambaru Awith and Ahas Gauwa. Over the next few decades, artists such as Tissa Abeysekara, Chandran Rutnam, Udayakantha Warnasooriya, H.D.Premaratne, and Ashoka Handagama, continued keep the spotlight on the Sri Lankan movie industry. ably supported by exquisite cinematography by Dr. D.B. Nihalsinghe and other brilliant cinemetographers.

The most prestigious and influential filmmaker in the country, Dr. Lester James Peries, was the first to reach for the stars and achieve global acclaim. With many awards to his name, he was the first Sri Lankan to earn the prestigious award at the Venice Film Festival in 1972. Several other movies by leading producers have been shown at the Cannes, Venice, and London film festivals. Lester’s wife Sumitra Peries, an icon on her own right, also struck out during the 1970s with work that looked at the conflicting roles of women in society in Gehenu Lamai ‘Girls’ and Ganga Addara ‘By the River’. Sri Lanka’s film industry has been a fountain of fine literary films. Most of these works are based on Sinhala literature with controversial themes such as family relations, terrorism, abortions, and anguish. During and following Sri Lankan Civil War that ended in 2009, several films began to explore gritty subjects such as the results of the conflict between the military and brutal Tamil Tigers in the north. Sri Lankan cinema encompasses the films made almost exclusively in Sri Lanka both in Sinhala and Tamil, and the cinema has now become a flourishing industry.

The forthcoming festival is designed to depict the rich and vibrant canvas of Sri Lanka’s films made through the creative eyes of the award-winning Producers, Directors, writers, and actors, who are oureyes to the world, and who put our world in the broader context of history and act as advocates of a range of issues that impact society. They also call our attention to the things we miss in our everyday lives, and they call our attention to places, events, and people at a great distance from our own patch of the universe, as will be demonstrated by the films to be screened at the planned festival.

Excerpt of the keynote speech made by Dr. Nandi Jasentuliyana, former Deputy Director General of the United Nations.