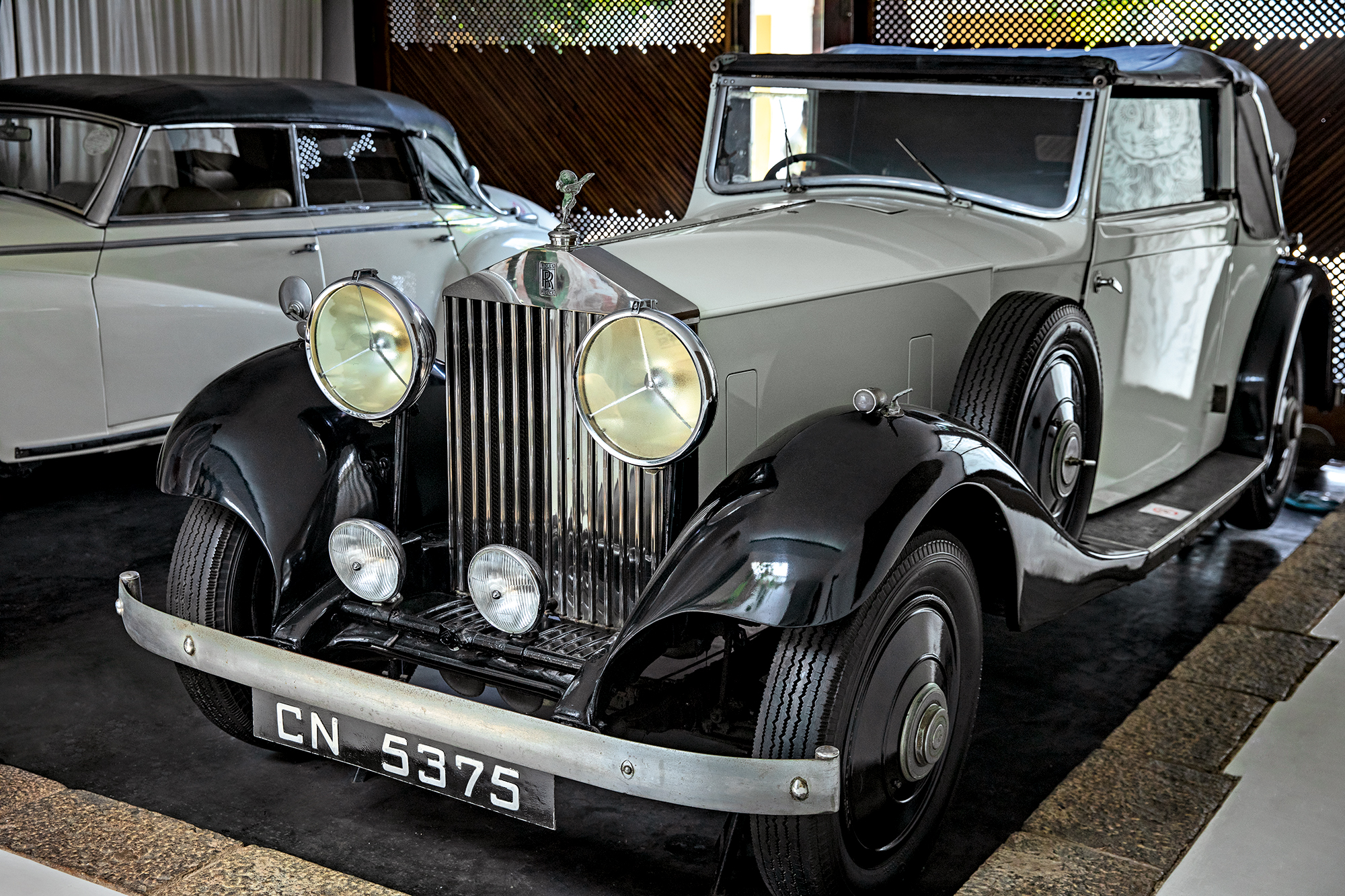 Geoffrey Bawa, Sri Lanka: He Owned A Fleet of Rolls-Royces Geoffrey and his brother Bevis shared a passion for beautiful cars and between them had several Rolls-Royces, including a Silver Ghost and a Silver Shadow from the early 20th century, as well as a 1922 Rolls-Royce 20 HP from when he worked in Madras in the 1970s. The Rolls-Royce that survived him, a 1934 Drophead Coupe, was bought from “two ladies in Brighton”, when he was a student at the Architectural Association. He used it both to travel around London and often to speed down to Rome for long weekends. It was last used when he drove it to the state opening of the new parliament buildings at Sri Jayawardenepura Kotte in 1982. The Mercedes-Benz 300 Adenauer limousine that stands beside the Rolls-Royce at No 11 in Colombo is one in a long line of Mercedes-Benz cars that he owned, including a 220a and a 280SL.

Geoffrey Bawa, Sri Lanka: He Was a Man of Fine Taste Geoffrey was relentless in pursuit of his ideas and he would not give up until he had achieved a result as close to what he had pictured in his mind. He was someone who enjoyed the good things in life. From beautiful cars and exquisite cigarette lighters to ivory-tipped walking sticks and passionately made watches, he surrounded himself with things that he considered beautiful. A lot of these he collected during his travels, which was his other indulgence in an otherwise simple life.

Geoffrey Bawa, Sri Lanka: He Loved Travelling Geoffrey dressed in a simple manner. He would be seen wearing long shirts with multiple pockets on an everyday basis and occasionally in formal coats paired with light-coloured trousers. He always wore a gold ring and a chain around his wrist along with the one wristwatch he would choose for the day. Towards the latter part of his life, he carried a simple resin-handled walking stick to support himself. On occasions and evenings, it was replaced by an exquisite antique ivory-handled rosewood stick that had once belonged to a bishop of Bombay and given to him by antiques dealer Mahendra Doshi. Throughout his life, Geoffrey revelled in travelling. Escapades in Venice and Budapest at the start of the Second World War, motoring trips across the United States and Europe, travels across the subcontinent, China and Japan—his experiences became a core from which he drew many of his architectural ideas. His final trip was to South Africa in 1997, after which his health deteriorated. Geoffrey passed away in 2003. He was cremated in a moving ceremony on the summit of Cinnamon Hill in Lunuganga, and his ashes were scattered in his beloved garden. Source – Architectural Digest