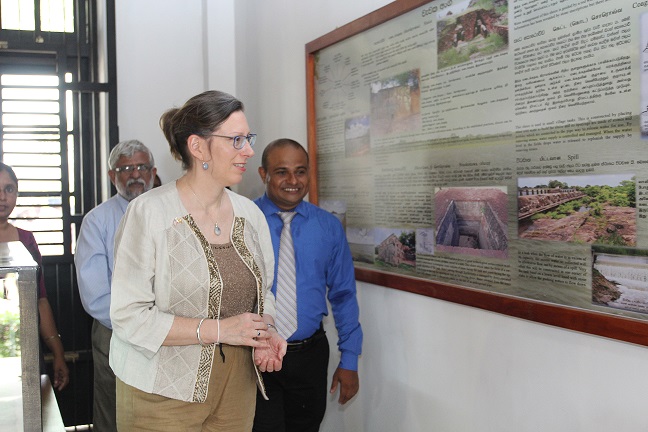 US Ambassador to Sri Lanka Alaina Teplitz recently declared open the Archaeological Museum in Anuradhapura which had been renovated under three US grants for a decade.

The collection in the museum consists of archaeologically rare objects included “gilded statues, bronze statues, ancient coins, clothing, and tools used in different industries along with models of the ancient town of Anuradhapura”, the US Embassy said.

According to the Embassy, the US Department of State’s Ambassadors Fund for Cultural Preservation had provided USD 150,000 for display cases and security of the collection in 2015.

The funding had also been used for the installation of a security system and fire detectors in the building, the US Embassy added.