Success story of two Sri Lankans in the IT world 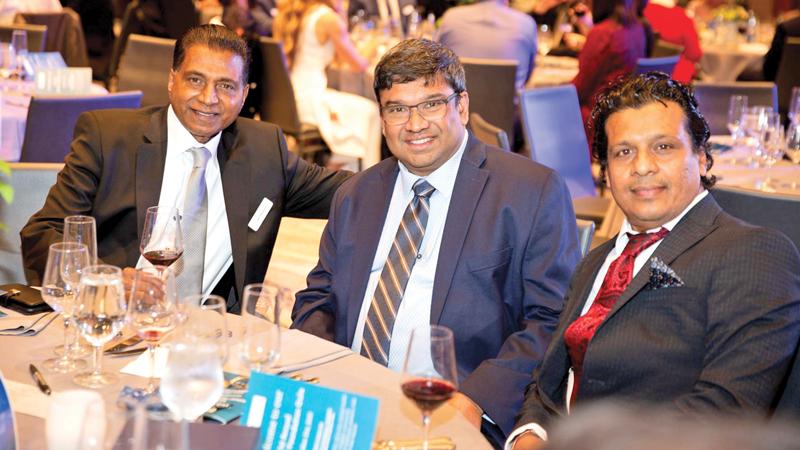 Dilip Niranjan, Founder CEO of MediTech Data International, and Elfie America (Los Angeles and Colombo, Sri Lanka), joined hands with Dr. Yasantha Rajakarunanayake, a renowned technologist inventor, to collaborate at the cutting edge of technology seeking a breakthrough in the latest challenges facing the field of information technology. They are jointly undertaking a major endeavour for using Artificial Intelligence (AI) in the healthcare and cyber security sectors.

Dr. Rajakarunanayake, a technologist and inventor, owns nearly a hundred patents from satellite communications to the chips in your iPhone, Android, Bluetooth, and WIFI. The richest person in the world, founder of Amazon Jeff Bezos, a fellow student at Princeton University, calls Yasantha the smartest person at Princeton University and credits him vicariously being part of the birth of Amazon. Yasantha is known as the genius that solved a mathematical problem that defeated Bezos, who ultimately gave up his dreams of becoming a theoretical physicist. But then the world has Dr. Rajakarunanayake to thank for inadvertently being the reason we have Amazon.com. 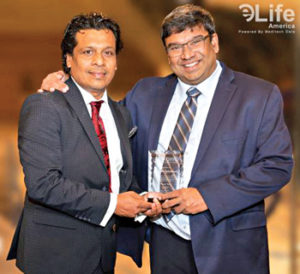 Dr. Yasantha Rajakarunanayake schooled at Royal College Colombo and scored the highest marks in the island at the AL exam with 4As in the Mathematics Stream. He entered the University of Moratuwa to study electronics engineering but not for long.

Within a few months, he received a merit-based scholarship from the prestigious Ivy League University and left the Island in 1982 to study at Princeton University in America. There he received a degree in Electrical Engineering and Computer Science in 1985 and went on to get a Ph.D. in Applied Physics at Caltech University, considered the temple of technology studies.

After working a few years as a university professor in Physics and semi conductors with more than 50 odd technical publications, he changed his career and jumped into internet technology in 1995. He worked initially on the world’s first cable modems and broadband networks. He later pioneered DSL modems, protocols, and ADSL networks. It allowed broadband internet to be deployed over existing phone lines in the world.

In 2000 he started his own company with a cloud-based content delivery technology and worked with Broadcom Corporation, developing digital satellite communication chips and protocols. That is what gives you a satellite television.

In 2008, he switched to Wi-Fi for research and development to work on wireless communications and bring Wi-Fi to all the smart phones and TVs through Broadcom chips. If you have an iPhone or Samsung phone, you are using a chip or product that he worked on and contributed to in a fundamental way. He is now working with the semiconductor chip giant MediaTek to research and develop Artificial Intelligence chips and algorithms, mm-Wave radar innovations, and autonomous driving applications.

MediTech Data, based in Los Angeles, is led by Dilip Niranjan Jayasekera has a strong reputation for reliability and innovation and provides the entire gamut of IT services from Consulting and Support Services, Application Design and Development, to Cyber Security and Advanced Networks, and solutions for medical IT infrastructure, ePHI maintenance, and EMR / EHR IT.

Dilip schooled at D.S. Senanayake College in Colombo, and later, he specialised in the field of Information Technology. He began life as a respected roving lecturer at tuition classes travelling around the country. He now functions as a software Engineer, having obtained a BSC in Computer Science from the University of Kelaniya, a Diploma in Computer System Design from the National Institute of Business Management (NIBM), qualifying him to be a Data Communication Analyst and a Diploma in multimedia and hypermedia from the Institute of Technology of the University of Colombo.

Before leaving for the United States, he functioned as an IT lecturer at the University of Cambridge Local Examinations Syndicate (UCLES). By the time he came to the States, he had mastered the IT field, having learned coding in twenty different languages, which have come in handy in progressing in his new ventures. Thus, it is no surprise that his initial data entry and medical billing business blossomed out to manage nearly fifty healthcare facilities within a short time.

He was soon at a stage where he had turned to developing and marketing new apps through the Apple Store that are innovative and crucial to the operations, particularly in the medical establishments, but not exclusively. His creative work got recognition recently when the Harvard University Business School invited him to participate in a workshop for young IT entrepreneurs to present their work for discussion.

Dilip is a determined young man with a vision who is selfless in pursuing his ambition, as demonstrated by his desire to share his success and happiness with those like him that he left behind back in Sri Lanka when he left in 2004. That drive made him open an office in Colombo for the Development wing where a team of IT experts is doing creative work led by the Colombo-based COO Janith Champika and supported by Shashika Pradeep, Director of Developments, and Chamara Harindra, the Lead UI/UX.

The office is currently expanding by recruiting fresh talents and exploring new ventures in the field. If one enters Dilip’s office any evening in Los Angeles, one would see an array of computer monitors that light up one by one at dusk, delighting Dilip that his collaborators back in Sri Lanka are clocking in at dawn in Colombo, ready to begin their workday. He is committed to the task of carrying along with him the people in his workforce in Colombo, sharing with them his successes and happiness, a noble cause, indeed. The new joint collaboration between Yasantha and Dilip will take MediTech and ELife to the next level as an industry pioneer in using AI in healthcare and cyber security, a field that Yasantha has already carried out ground-breaking work, including the detection of cancer from CT with 95 percent accuracy.