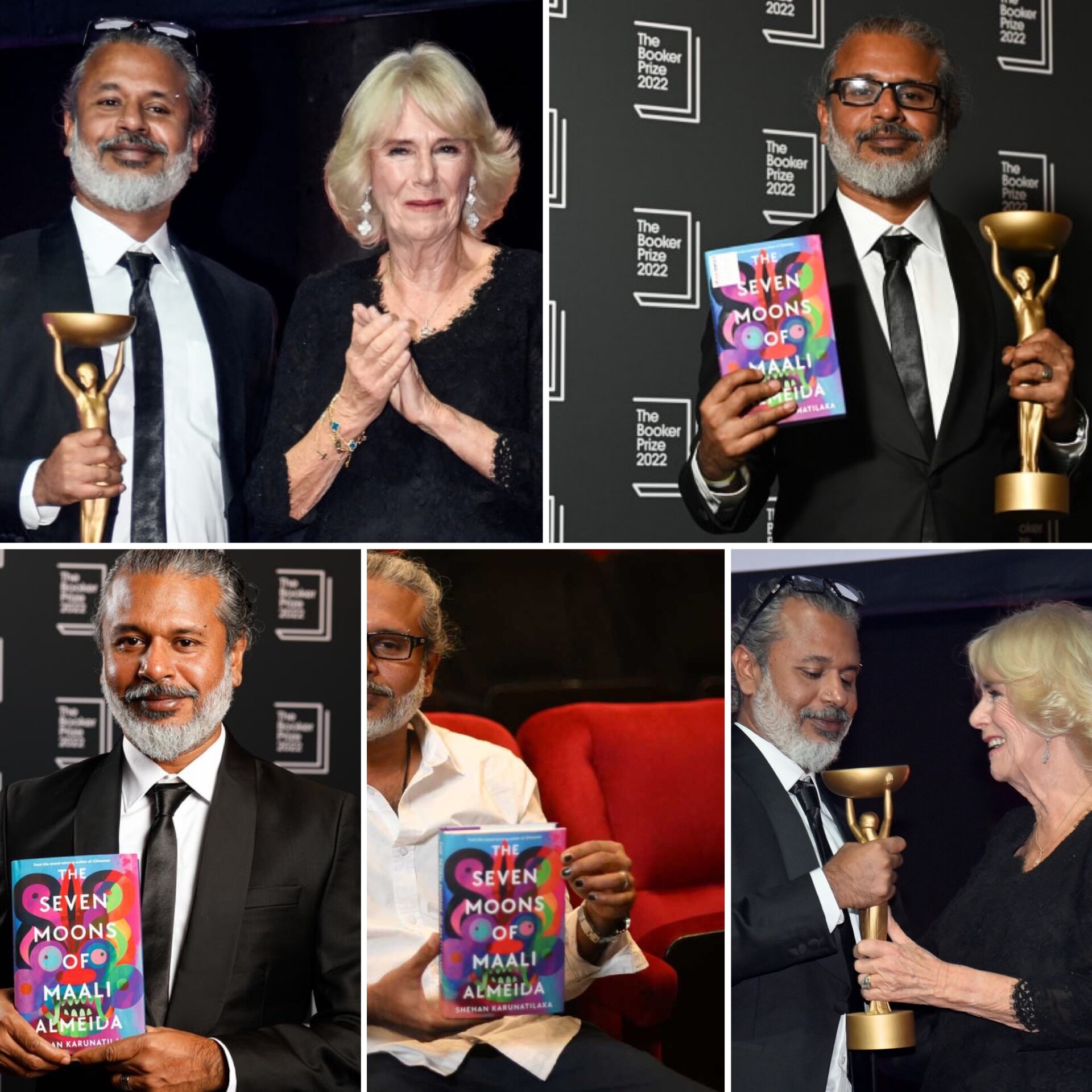 “The Seven Moons of Maali Almeida,” written by Shehan Karunatilaka, a supernatural satire set amid a murderous Sri Lankan civil war, has won the Booker Prize. The Sri Lankan writer’s novel is about a war photographer who wakes up dead, has “Seven Moons” to try and unravel the mystery surrounding his passing and aid in the disclosure of a collection of images that will shock war-torn Sri Lanka, and ask his friends to find his photos and expose the brutality of war.

The writer said he decided in 2009 to write “a ghost story where the dead could offer their perspective” after the end of the Sri Lankan civil war, “when there was a raging debate over how many civilians died and whose fault it was.”

Camilla, the Queen Consort of the United Kingdom, presented the Prize, and the author said it had been “an honor and a privilege” to be on the shortlist. The prestigious award was GBP 50,000( British pounds) in prize money and a trophy. The other five writers on the shortlist were presented GBP 2,500 each.

Shehan Karunatilaka was born in Galle, Sri Lanka, in 1975; he grew up in Colombo, studied in New Zealand, and lived and worked in London, Amsterdam, and Singapore. He was educated at St Thomas’ Preparatory School, Kollupitiya, Sri Lanka, and Massey University, New Zealand.

In addition to his widely-acclaimed books, he has also written features on sports music and travel for the Guardian, Newsweek, National Geographic, Rolling Stone, Wisden, the Cricketer, and the Economic Times. He has over 20 years of experience working for ad agencies, tech firms, media houses, start-ups, and multinationals across Singapore, London, Colombo, Sydney, and Amsterdam.

In an interview a few weeks before the Booker awards ceremony, Karunatilaka listed his five favorite Booker-winning or Booker-shortlisted novels: Lincoln in the Bardo, Cloud Atlas, The Handmaid’s Tale, Girl, and Woman.

His 2010 debut book, “Chinaman, The Legend of Pradeep Mathew,” which won the 2012 Commonwealth Book Prize, launched the author onto the international literary scene. The DSL and Gratiaen Prize were won later, and Wisden ranked it the second-best cricket book of all time. The author’s first work was shortlisted for the Gratiaen written Prize in 2000 before his first book was published.