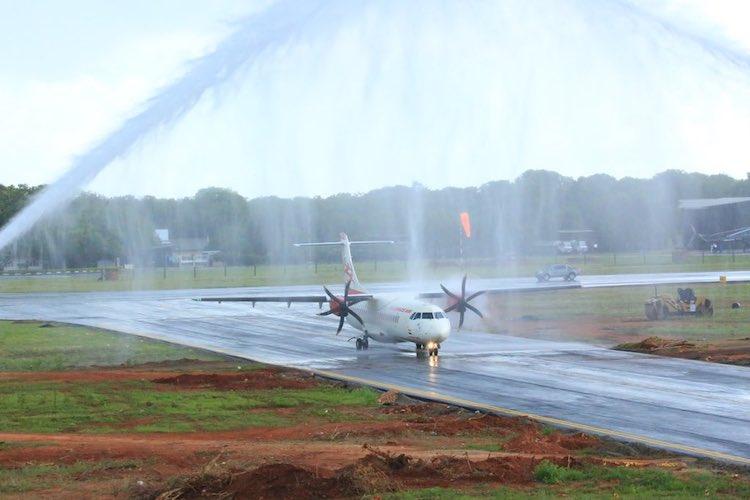 The ATR72-600 short-haul flight was operated by Alliance Air, a subsidiary of Air India. This is Alliance Air’s first international flight.