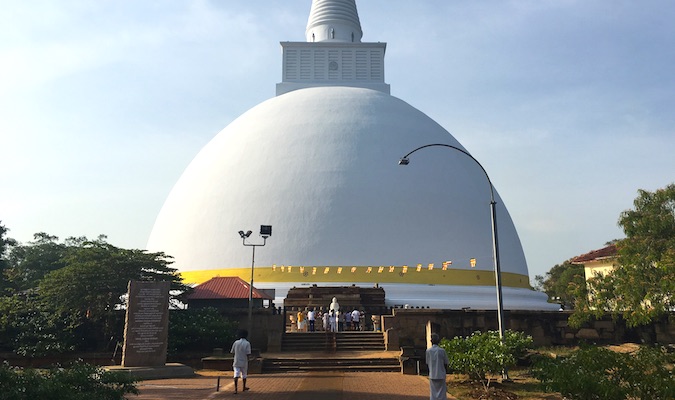 I didn’t know much about Sri Lanka before my visit. Most of what I knew was picked up via the news and a few blog posts written by friends. Sri Lanka was a blank slate I was eager to fill in.

But the one thing that really stood out was the people.

It’s the most generic thing to say in travel. “The people in this destination were lovely and totally made the place.”

Everyone always says that.

Sure, you’ll find that some cultures really are more outgoing and friendlier to strangers than others.

But Sri Lankans stood out in a way I’ve never experienced before.

They are the first, second, third, and fourth things that come to mind when I remember my time in their country. I was amazed at how friendly, curious, and hospitable people were.

As a traveler, although you want to be open to experiences with everyone, you also have to keep a wary eye out in order to make sure you aren’t getting scammed or put in a dangerous situation. There’s a lot of “gut-checking” on the road.

Take, for example, tuk-tuk drivers. Having spent a lot of time in Southeast Asia, I’m used to dealing with tuk-tuk drivers who badger you for a ride and constantly try to rip you off or take you to shops where they receive kickbacks if you make a purchase.

In contrast, throughout Sri Lanka, I found tuk-tuk driver after tuk-tuk driver would slow down, ask if I wanted a ride, and then, when I said no, wish me a good day and drive off. No badgering! (OK, a tiny bit in Colombo, but that was mild when compared to other countries.)

Moreover, I found the tuk-tuk drivers to be honest brokers, giving me rates close to what guesthouse owners said they should be. (I never thought I would use the term “honest” and “tuk-tuk drivers” in the same sentence.)

Then there were the locals who would approach me near a tourist site or on the street. After years of travel, my initial thought when this happens is usually: “Here is yet someone else trying to sell me something.”

As they started asking me about where I was from and how I liked their country, I was expecting them to get into “the sell,” but instead was shocked that they would then just wish me well and walk away.

Is this a trick? I thought.

Nope, they were simply interested in my experience of their country. It caught me off guard the first couple of times but, after a while, I relished each opportunity to meet someone new. Each day there would be countless interactions with people just happy to engage with a traveler.