SLF Int, USA Outstanding Performance by a Young Professional Award Winner Talin Silva for her excellence as a Singer, Dancer, Model, and Actress. 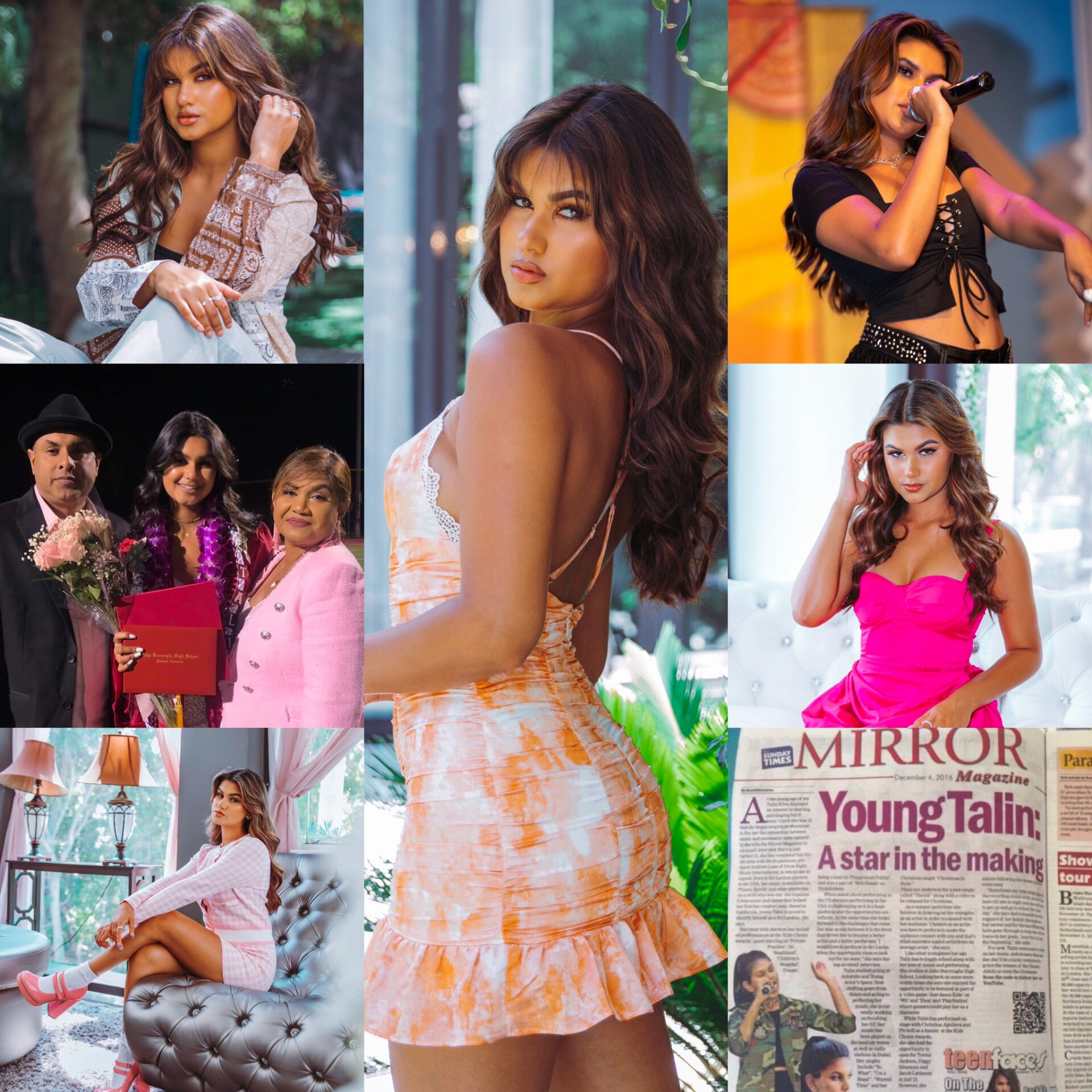 Talin Silva was born in Burbank, California, on October 23, 2001. She lives in Los Angeles, California and is the daughter of Nalin and Gillian Silva. She has a younger sister named Kaylan Silva.

She has been performing for the Sri Lanka Foundation International since she was seven. Talin has walked the runway at New York Fashion Week for CHICK FASHION and modelled for many brands, including Claire’s, Sherri Hill PromGirl, Fashion Nova, juicy contour, Macy’s, and many others. Talin’s notable TV work includes 24, private practice, children’s Hospital, Jessica Darling It List on Netflix, Webheads on Nickelodeon, and Guest rolls on Disney. Also, Talin is a professional dancer who is represented by one of the country’s top agencies, Blocla. She has danced for the Oscars and Kids Choice awards and many A-list artists such as Justin Bieber, Mary J Blige, and many more.

Talin is actively working on releasing her new EP by the end of the year, and she has been in the studio crafting a new unique, fresh sound, which she is thrilled to share with everyone. With new music comes a new stepping stone. Talin is beyond excited to share with you that she is composing her very first Sinhalese song, and you won’t want to miss hearing about this one.

An upcoming project currently being produced behind the scenes is a Hulu docu-series of which Talin will be a part of, stay tuned for more! As an artist. Talin always strives to be the best role model for her fans and audience. She has been involved in charity work for St. Jude’s and the Los Angeles Children’s Hospital. In addition, she has been one of the inaugural members of the Sri Lanka Youth Organization in Los Angeles. Talin always stands by and supports giving back to the community. She will always dedicate her time to bringing a smile to those in need with an open heart. What many may not know is that Talin is a big animal lover. She has four dogs herself, two of whom she rescued on her own. The ASPCA is an American society for the prevention of animal cruelty. Talin has been in a long-term partnership with this organization to rescue many pets and find homes for pet adoption. Furthermore, in her charity work, Talin flew out to New York to collaborate with PromGirl and the Garden of Dreams Foundation to provide less fortunate girls with a beautiful prom dress and their dream prom at Madison Square Garden before the pandemic.

Talin toured Europe, and she performed in 13 countries in a month which was an unforgettable experience. Talin’s heart was so whole, getting to perform and share her music with the world and her fans! When she returned, the tour life didn’t end there, she was back at it, putting in the work and covering 24 states in 2 months, and it was one of the moments in Talin’s music life that she would forever be grateful for have shared with her fans and supporters.

In her career, Talin has many life-long goals that she hopes to accomplish. However, one takeaway she encourages all of the younger generation and fans of her’s to live by is, to never be afraid to follow your dreams, romanticize the life you wish to have, and remember life is always full of new doors, allowing room for opportunity and growth, and Sky is the limit.