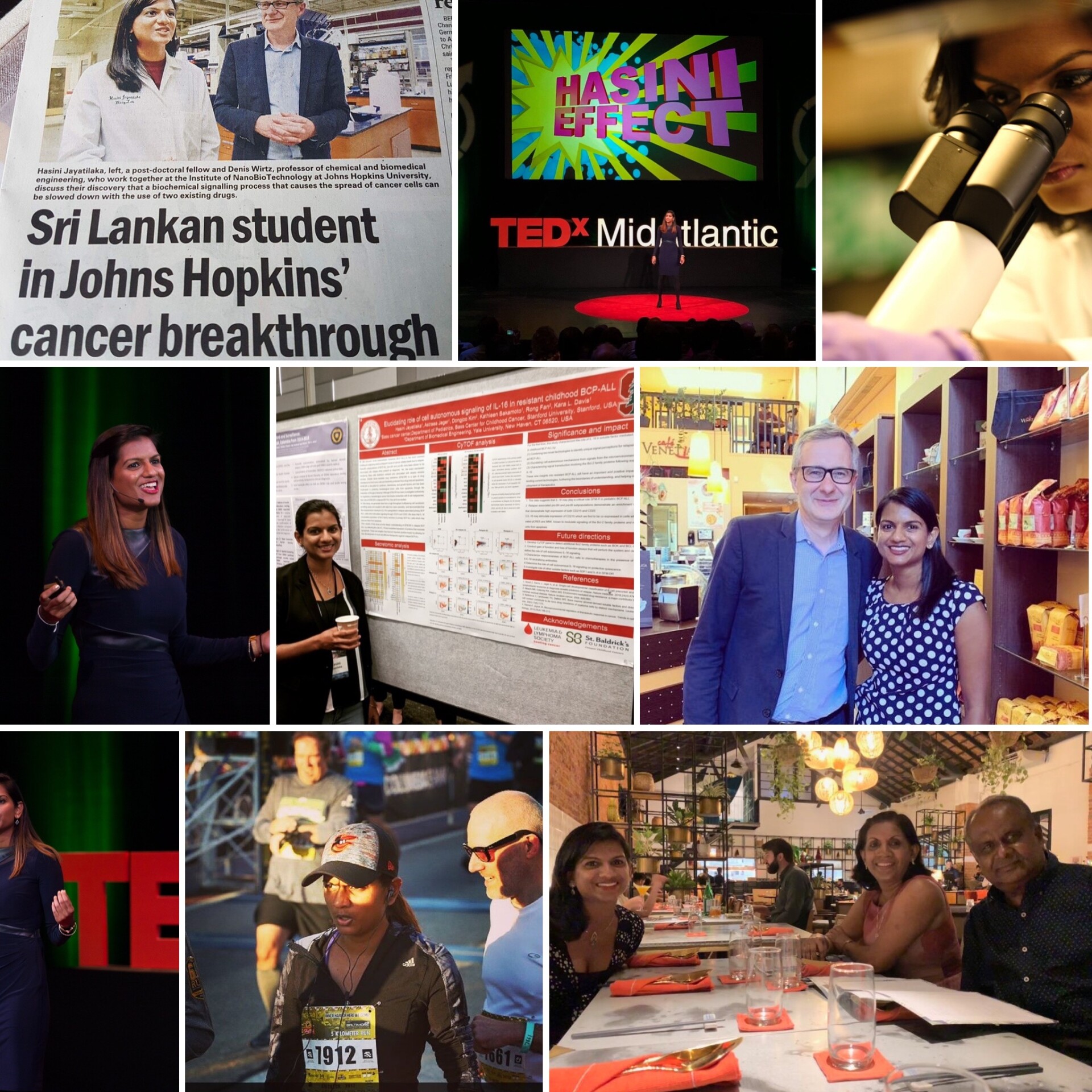 Dr Hasini Jayatilaka was born in Australia, and raised in Colombo, attended St Bridget’s Convent in Sri Lanka. Her lawyer mother and engineer father emphasized the importance of education and a well-balanced life to her and her older brother. She came to the United States in 2009 to pursue a bachelor’s degree and eventually a PhD at Johns Hopkins University in chemical and bimolecular engineering.

During her sophomore year of college, she found herself performing the early stages of her famed work at the Institute for NanoBio Technology under the mentorship of Denis Wirtz, co-founder and core faculty member of the Institute for NanoBio Technology, Johns Hopkins University Vice Provost for Research, and Theophilus Halley Smoot professor of Engineering Science at Johns Hopkins University.

BCP-ALL is a common childhood malignancy that has seen dramatic improvements in survival using current treatment regimens. However, relapse is the most frequent cause of cancer-related death among children with BCP-ALL. Jayatilaka is studying the activation of pro-survival and drug resistance mechanisms in a subset of the BCP-ALL population that allow tumour cells to persist following treatment and cause relapse.

She is currently conducting research on understanding the complex pathways that govern metastasis, the spread of cancer, which is responsible for 90% of cancer related deaths. She recently discovered a new signaling pathway that controls metastasis and showed that by blocking the pathway, the spread of cancer can be slowed down. For a young scientist who just finished her PhD in May 2017, Dr Hasini Jayatilaka has achieved goals that takes many researchers an entire career to acquire.

During her research, she discovered the mechanisms that causes cancer cells to break away from tumors and spread to other parts of the body, also known as metastasis. She also created a cocktail of drugs that slows and, in some cases, stops cancer from spreading. These discoveries have received international recognition and attracted the attention of many media outlets, organizations, professionals, and audiences.

Click on the link below to learn more about Dr Hasini Jayatilaka’s research: