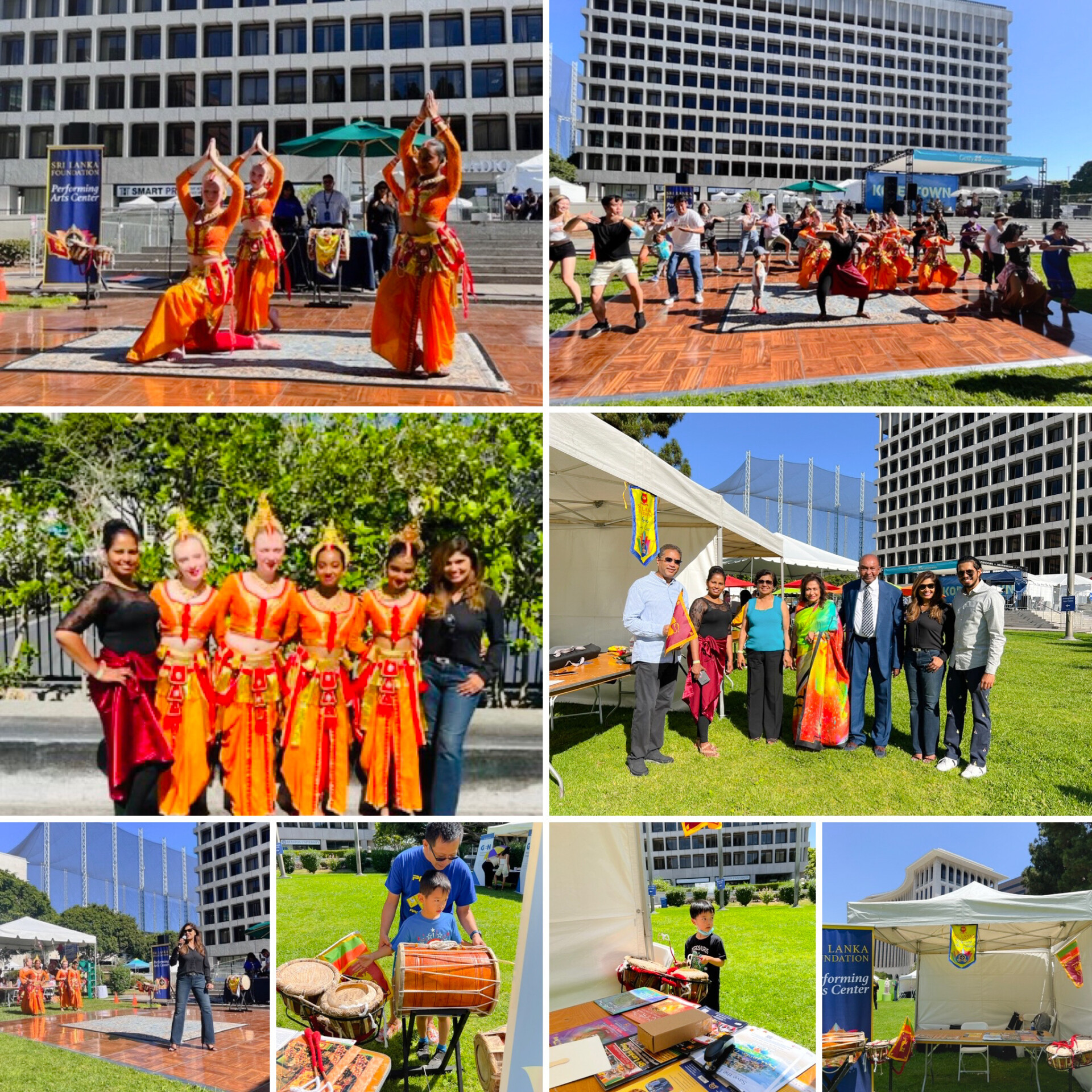 Sri Lanka Foundation Academy of Performing Arts was privileged to put our mission into action once again with our hands held with Getty to preserve, support, celebrate and present to a wide range of audiences; the culture, language, dance, and arts of Sri Lanka through performing our heritage.

Getty is a cultural and philanthropic institution dedicated to the presentation, conservation, and interpretation of the world’s artistic legacy; an ideal platform for Sri Lankan heritage to converse with international art and culture. What portent can be greater than a conversation in this nature?

The event was open to multiple and a diverse set of communities in celebration of Getty’s 25 years of service to the international sphere of art and culture where they showcased the cultural diversity of Los Angeles by creating a series of free outdoor community art festivals, cultural performances, workshops, food stalls and many other colorful and diversified cultural experiences. It was a wonderful celebration with music, art and culture brought together by a global community, giving the expression of a global village.

Set up in KoreaTown, Liberty Park, home to many people from around the world, the most diverse part of the city of Los Angeles; the 25th anniversary of Getty was indeed a festival of diversity. Getty, being a cultural institute that is dedicated to celebrating beauty in the form of art and culture, has opened their arms for APA to join and perform at the 25th anniversary celebrations. The invitation was extended by Getty’s Lead Producer Mr. Albert, giving APA the opportunity to receive a free booth to distribute our marketing materials and to conduct a workshop to add a little bit of essence of Sri Lankan culture to the event.

The workshop was conducted by our senior students, Umendra Kahadawaracchi who is the talented dancing teacher at APA and the Director of Cultural Affairs, Achala Weerasinghe. The workshop was dedicated to celebrating the beauty of Sri Lankan traditional dancing which is a huge part of Sri Lankan cultural inheritance. Sri Lanka is home to many different styles of dances such as Udarata Natum, Pahatharata Natum and Sabaragamu Natum which can vary in their styles of movements and motions, the style of dressing and the type of drums used for performances, the workshop has given prominence to kandyan Dancing, which is beautiful and deserves to be celebrated world-wide.

The workshop was very colorful and engaging which also did not fail to enlighten the audience about many hidden beauties in Sri Lanka such as Dalada Maligawa which is a place where all these cultural performances come together, once a year, as a devotion to Sri Lankan religious belief systems.

The workshop was appreciated by many in the audience including the event producers and parents of the foreign children who were privileged enough to immerse themselves in the beauty of a very foreign country to them which is physically miles apart. Traditional drums were in the center of attention for many of those kids and were keen on joining APA classes to learn drums such as thammattama, yak beraya and geta beraya.

It was indeed a day full of celebrations and our heartfelt gratitude goes out to our Founder and Chairman of the Board, Dr. Walter Jayasinghe, Vice President of SLF Aeshea Jayasinghe, Chief Operating Officer / Corporate Secretary, Shirani Stanislaus, Director, Research & Development, Rodney Perera, and our Media Director, Chamodh Amarasinghe not only for creating such platforms for

cultural celebration but also for being a part of this event and giving us a helping hand and courage to keep reaching greater heights as a Sri Lankan community away from home.