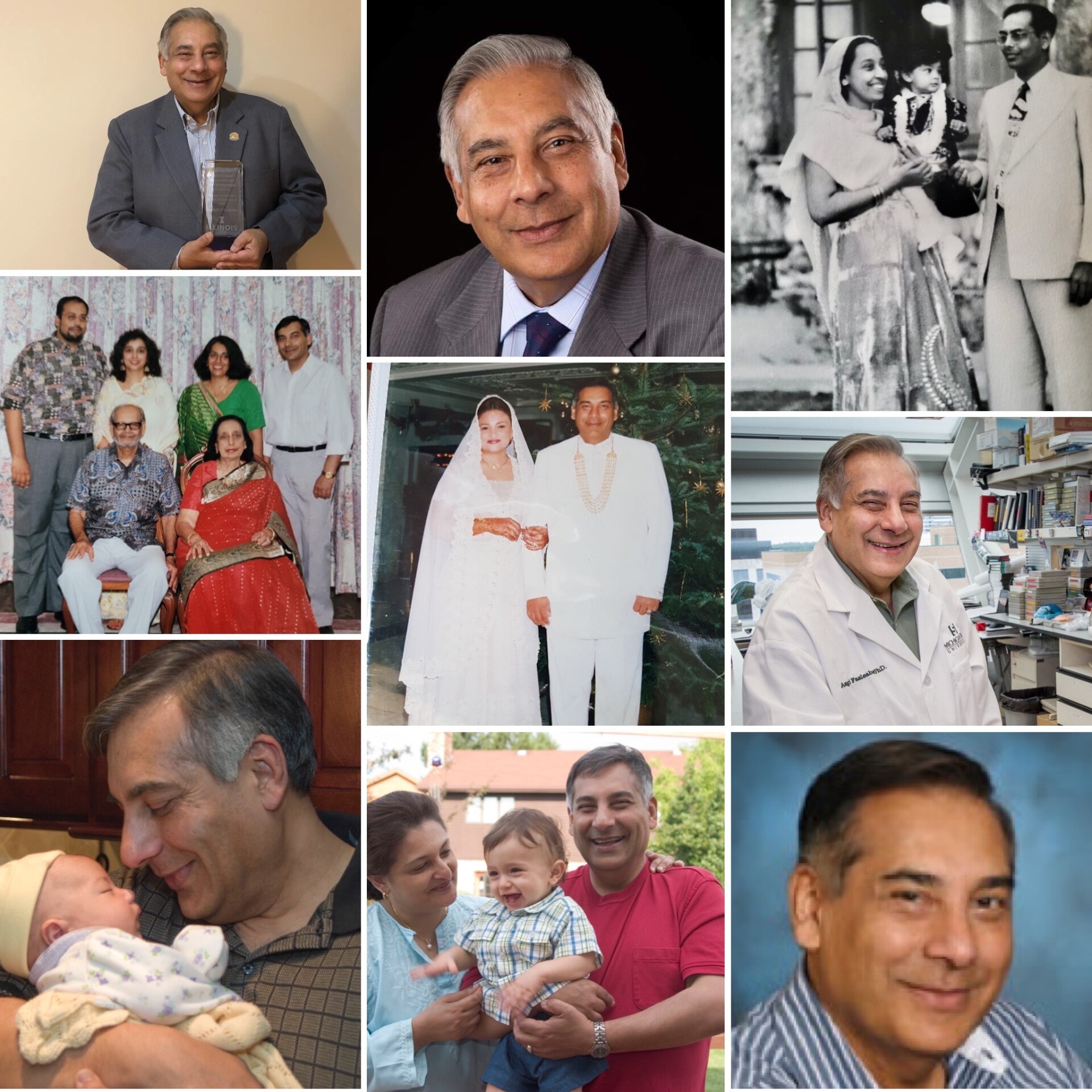 Professor Asgi Fazleabas received his early education at St. Thomas’ College, Gurutalawa and Mt Lavinia. He earned a bachelor’s degree from California State University in Fresno, California and his master’s and PhD degrees in Reproductive Physiology at the University of Illinois Urbana-Champaign. He completed his postdoctoral training at the University of Florida, Gainesville under the superb mentorship of two renowned professors of Reproductive Physiology, Dr. Fuller Bazer and Dr. Michael Roberts. In 1985, Professor Fazleabas became an Assistant Professor in the Department of Obstetrics and Gynecology at the University of Illinois, Chicago and quickly moved through the academic ranks becoming a full professor in 1995. He served as Director of the Center for Women’s Health and Reproduction at the University of Illinois from 2002 to 2009. In 2009, Dr. Fazleabas was recruited to the Department of Obstetrics, Gynecology and Reproductive Biology in the College of Human Medicine at Michigan State University with the deliberate goal of elevating women’s health research at Michigan State University to national prominence and influence. His significant contributions have resulted in the department being recognized as a national leader by several benchmarks, including being ranked in the top 5 of 136 departments in the country with NIH funding for the last 7 years. Dr. Fazleabas’ influence has resulted in the significant advancement of women’s health training and research being conducted at Michigan State University.

Dr. Fazleabas is considered a pioneer in the area of uterine biology, and the clinical translation of this research to human implantation failure and endometriosis. Dr. Fazleabas has been funded continuously by the National Institutes of Health in the USA since 1986 for his research in reproductive and developmental biology. The work in his laboratory has significant translational relevance related to improved pregnancy outcomes in infertile women as well as understanding the etiology and the pathophysiology associated with the development of endometriosis, a disease that affects over 200 million women woldwide. A significant area of his research emphasis has been to study the early events associated with maternal-fetal interactions during the establishment of pregnancy and the mechanisms by which these interactions are affected in women and non-human primates with endometriosis. Using the baboon as a model for reproductive biology research his laboratory has made the following salient contributions that have direct translational relevance to women’s health. The development of the non-human primate model that recapitulates these diseases was a scientific tipping point to advancing knowledge in this area. He has over 240 peer reviewed publications and has authored multiple book chapters and reviews.

His accomplishments and significance of the work in moving the field forward has been recognized at several levels. He has received many awards, including the National Institutes of Health Beacon Award (2005), Distinguished Research Award from the Society for the Study of Reproduction (2010), election as a Fellow of the American Society for the Advancement of Science (2011), World Class University Professor (2013) from Seoul National University, Korea, the Distinguished Service Award (2016) and the Carl G. Hartman Award (2021) from Society for the Study of Reproduction. In 2017 and 2018 he recognized as a University Distinguished Professor and MSU Foundation Professor respectively at Michigan State University. In addition, his alma mater – The University of Illinois, College of Agricultural, Consumer and Environmental Sciences recognized him with a Career Achievement Award in 2020.

Dr. Fazleabas has mentored some of the most influential leaders in reproductive medicine today. His dedication to training the next generation of physicians and investigators is clearly appreciated by those whose careers he has guided. He has been responsible for organizing and leading numerous, highly acclaimed symposia and courses that have benefitted students worldwide. Examples include the Frontiers in Reproduction Training Program, a six-week course held at the Marine Biology Laboratories in Woods Hole, MA. He led this NIH and Burroughs Welcome -supported training program as the Lead Director from 2001-2005 and as the Chair of its Scientific Advisory Board from 2012-2015 which has trained hundreds of researchers and physician scientists, many of whom are now department chairs and division directors from across the country. Shortly after arriving at Michigan State University, he co-founded the Michigan Alliance for Reproductive Technology & Science (MARTS), a consortium of six Michigan universities dedicated to fostering research and graduate student training collaboration. The annual MARTS meeting is a focused forum for graduate students from across the State of Michigan to present their work. Dr. Fazleabas along with Dr. Keith Latham were awarded the NICHD T32 Training Grant – “Reproductive and Developmental Sciences Training Program” which was recently renewed for an additional five years through 2027. This T32 program is only a handful of training programs in the U.S. focused on reproduction and development science bringing a new opportunity to Michigan State University as a national center to train future researchers. His career dedication to education is aligned with providing outstanding education to promising, qualified students to prepare them to contribute fully to society as globally engaged citizen leaders.

Dr. Fazleabas has been instrumental in facilitating Memorandums of Understanding with several international Universities including the University of Peradeniya in Sri Lanka. Studies with colleagues in Sri Lanka were focused on evaluating Ayurvedic medications for the treatment of endometriosis associated pain and attempting to novel molecular biomarker-based detection tools for early screening of HPV in rural Sri Lanka. Further, he has been instrumental in facilitating opportunities for early career Sri Lankan scientists to participate in the training programs in reproduction and stem cell biology in the US as well as organizing several workshops in Sri Lanka.

Therefore, it is evident that Dr. Asgi Fazleabas has distinguished himself and dedicated his life to a sustained record of selfless teaching, service and pioneering research. In addition, Dr. Fazleabas is a consummate collaborator and has readily shared his biological specimens and research findings with other scientists which is also clearly evident from his publications. Further, he has presented over 270 invited talks all over the world and has worked extensively with numerous collaborators both nationally and internationally. His laboratory also serves as an intellectually stimulating training ground for numerous undergraduate students, graduate students, medical students, postdoctoral fellows and visiting scientists.