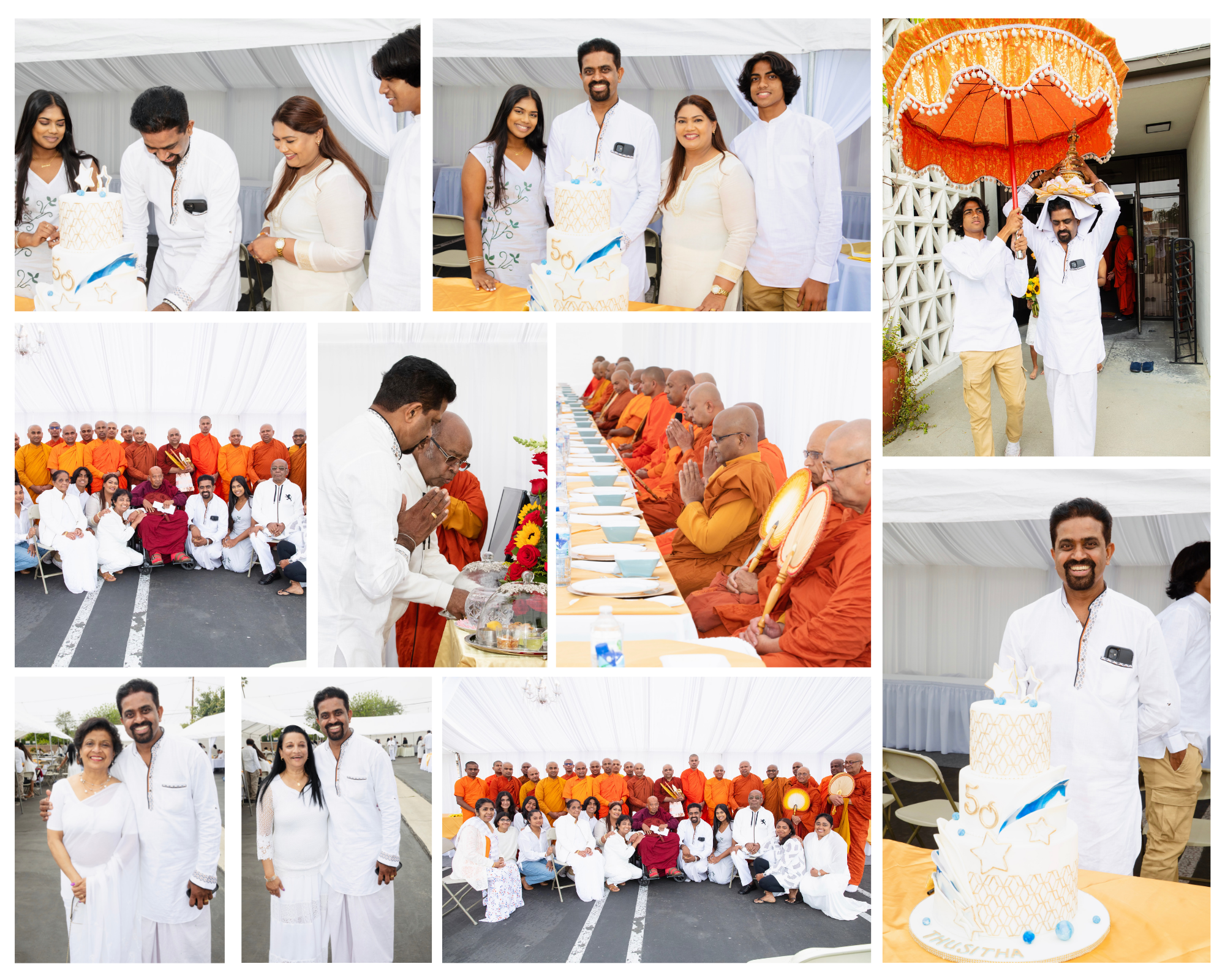 On April 2nd, 2022, a large crowd including friends and family gathered at the Mindfulness Meditation Center in Covina, California, to celebrate Mr. Thusitha De Silva who reached 50 years of age on March 10th.

Mr. Thusitha De Silva was born in the town of Balapitiya, Sri Lanka. He graduated from Thurstan College Colombo, Sri Lanka, and presently works for the US Postal Services. He lives in Pasadena, California, with his beautiful wife Sudarshani and two children Parami and Lithum.

He is a well-known figure within the Sri Lankan Community in the USA. During Thusitha’s younger days he had a passion for playing rugby and cricket at Thurstan College; however, soon that changed after he migrated to the USA. In 1999, when he began associating with Dr. Mudalinayake Somarathna, Bhadrajee Mahinda Jayathilaka, Sunethra Sarathchandra, Kisagothami Sarathchandra, Somi Rathnayake, and Linton Semage he became involved in many stage dramas in the USA.

Mr. De Silva sponsored, organized, and produced his first musical concert in Los Angeles in 2005 to promote Sri Lanka’s Baila Maestro Nihal Nelson. Since then, there was no looking back for Mr. De Silva when it came to continuing his found passion. He has currently produced 32 successful Sri Lankan concerts and dinner dances. Mr. De Silva has sponsored well over 200 professional artists, band members, and dance troupes to make their presence in “USA & Canada” tours all the way from Sri Lanka.