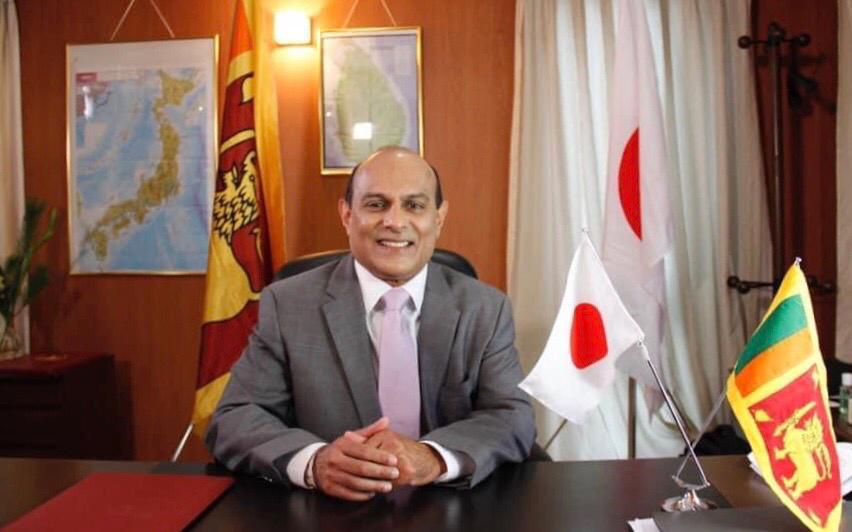 Sanjiv Gunasekara was born on 18 May, 1965 in Colombo Sri Lanka and attended Royal College, Colombo from Grade 1 through 12 and was a Senior Prefect in 1983 and 1984. He won the Kumaran Gunaratne Trophy for the 200m and was part of schools’ athletic team and the under 19, 2nd eleven cricket team from 1982 & 83. He played the Trumpet and was a member of the school cadet band that won numerous awards for all island best band and was chairman of the Buddhist Brotherhood. He was accepted into Sri Jayewardenepura University and received a Mahapola Scholarship on merit.

He also received a 4-year scholarship to attend university in the U.S.A where he graduated in with a Bachelor of Arts in Economics & Management and International Relations in 3 ½ years. Sanjiv received his MBA in Finance while working in 1994.

After graduating from university, Sanjiv started working as a staff accountant in the private sector, and within 14 years climbed the American corporate ladder being CFO of the last two companies and CEO of the last company he worked.

In 2002, Sanjiv began working full-time for the real Estate Development company he founded in 1998. He started this company with a meager US $20,000 and today it has operations in three countries, 8 cities and over $60 in million Assets under its management. His businesses also include Real Estate construction and Private school operations. Today, his school operation encompasses over 12 locations spanning metropolitan Los Angeles, California employing over 270 teachers and staff.

Sanjiv has been involved in numerous charitable organizations serving Sri Lanka and was awarded SriAmerican of the Year in 2008 by Sri Lanka Foundation. Sanjiv is one of the founding members and current President of the Lankarama Buddhist Institute, one of the largest Buddhist institutions in Los Angeles. Sanjiv was instrumental in raising over US $250,000 for the 2004 tsunami victims in Sri Lanka. He built a model village, Nelumpokunawatta Induruwa, that consisted of 39 houses and a 32-ft replica of the Avukana Buddha statue. This project was completed in 153 days and was the second such project to be handed over to tsunami victims. He also built a community center for the village to have Sunday School and tuition classes. During the past 20 years, the Sanjiv and Manil Gunasekara Trust has sponsored over 120 students to help attend school and university. They are proud to have helped produce four doctors and many other professionals to be productive citizens to society.

Last year, Sanjiv was personally responsible for renovating a 700-year-old temple that houses over 20 monks, ranging from 6-years near Sella Kataragama called “Sadagirigala vehara”. He is also the executive committee member of Ranaviru Foundation USA that has raised over US $150,000 to fund long-term housing for Sri Lanka’s disabled veterans and is also an executive committee member for the Foundation of Goodness that raised over $250,000 to build a sports complex in northern Sri Lanka.

Sanjiv left his businesses in Los Angeles and assumed his new position as “Ambassador of Sri Lanka to Japan” in January 2021 to serve his mother land.