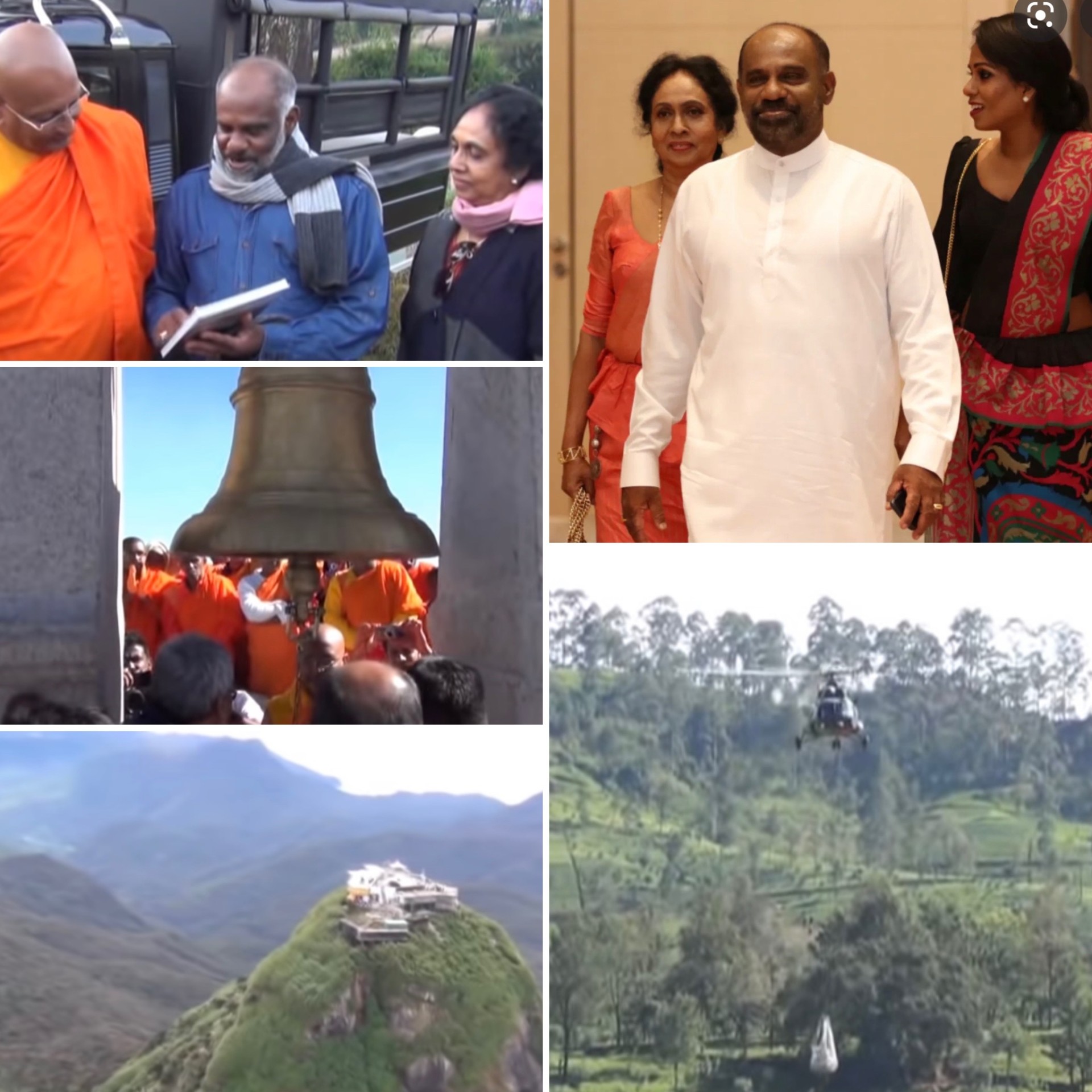 Giving is not just about making a donation. It is about making a difference. Thusitha Wijayasena is such a big-hearted philanthropist in Sri Lanka who has undertaken numerous charity work to make a life by donating to worthy causes volunteering his time, effort, and wealth. He is a true Sri Lankan who loves his country immensely, willingly confront to inspirit Buddhism and also stake many campaigns to improve the living condition of the destitute people.

He is the key figure who entirely staked the ‘Helitours’ operation which carried a brass bell, an eternal flame oil lamp, and other construction material from Nallathanniya to the Uda Maluwa in Adam’s peak using an aircraft. This slung operation was pioneered by the Sri Lanka Air Force and the wing commanding officer Kalinga Mahipala along with 42 personnel from the Sri Lanka Air Force. They transported a total of 2.2 tons to the Udamaluwa. This was a massive task that took seven days to complete the entire operation. Thusitha Wijayasena sponsored the charity with the help of the Tri Forces and other contributors. After the New eternal flame oil lamp and the bell tower with the new brass bell were unveiled at sacred Adam’s peak, Thusitha Wijasena along with the Tri Forces offered alms (Kiripidu Pooja) and worshipped the ‘sacred footprint’ of Lord Buddha in Adam’s peak. He also paid homage to the Saman Devalaya and got the blessings from the holy place. Furthermore, he lit the eternal oil lamp, amidst the blessings of the Maha Sanga.

Also, this great man declared the opening of the new lighting system at the hilltop which was long felt necessary for the devotees. Also, to seek the blessings for the successful completion of the slung operation, a pirith chanting ceremony was held with the participation of 500 bhikkus at the Nallathanni temple prior to the unveiling of the New eternal flame oil lamp and the bell tower, followed by almsgiving, which was entirely patronaged by this great philanthropist. Not only that, he has contributed a lot towards the renovation of several temples including the ‘Thiriyaya’ temple; the first Buddhist temple with a historical value. Furthermore, annually he bequeaths the caparisons for 15 notable tuskers including the tusker who carries the sacred Tooth relic, in the Kandy Esala Perahera.

Thusitha Wijayasena who spent his life according to the advice and the admonitions of the Bhikkus has a very tight bond towards Buddhism. Annually, he celebrates his birthday on the 27th of June by organizing almsgiving to the Bhikkus. Due to the prevailing pandemic condition in the country, he could not organize this year’s almsgiving yet he celebrated his birthday, undergoing an exceptionally good deed. During the pandemic situation, there is a dire wanting of supplying dry food items to the temples since devotees, are unable to come to the temples because of the travel restrictions imposed. Therefore, for the 27th consecutive time, he organized the annual almsgiving in a new countenance. Accordingly, he and his KCC crew, took measures to distribute dry food items to all the temples affiliated with Malwathu and Asgiriya Abhayarama temples. He was highly praised by the Bhikkus for his altruistic activity amidst this pandemic situation.

The KCC Charity Circle also pioneered by him, undertook a great task by distributing dry food items to the neediest people who usually do not gain recognition as cleaners, watchmen, coolies, workers and etc. Moreover, they distribute dry food items to chosen 250 families, and 20 Social Service Institutes Moreover, being a sponsor member of the Sri Lanka Federation of Visually handicapped is another charity work of him.

In a time the goodwill and the generosity of people deteriorated, Thusitha Wijayasena and crew stand out as exemplary to follow up. It is because philanthropy lies at the heart of human greatness.