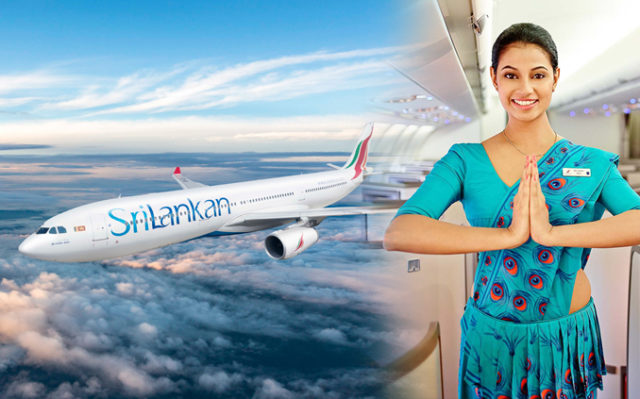 Sri Lanka’s national carrier, SriLankan Airlines achieved the remarkable feat of being named the World’s Most Punctual Airline yet again, with 90.75 percent of its flights in May 2019 being ‘on-time’ throughout its route network.

This is the second time in less than 12 months that SriLankan has achieved this milestone, having also achieved the world’s number one ranking in September 2018 with a punctuality rating of 91.37 percent.

Vipula Gunatilleka, Group Chief Executive Officer of SriLankan, said: “Heartiest congratulations to our companywide team, guided by our Punctuality Improvement Committee, that toils day in and day out to delight our customers by having our flights arrive and depart on time, every time.”

This achievement is all the more impressive due to the challenges caused by heightened security at SriLankan’s hub at Colombo’s Bandaranaike International Airport, and clearly demonstrates the extraordinary commitment of the National Carrier in providing the finest service to its customers even during a period of adversity.

SriLankan headed the categories of ‘Global Airlines’ and ‘Major Airlines’, among all airlines that are monitored by the flight data analysis company Flightstats.com (www.flightstats.com). Flightstats analyses data of airlines across every continent – Europe, North America, Asia, the Middle East, and South America – including most of the world’s largest and most prestigious airlines. Airlines are placed among four categories – ‘Global Airlines’, ‘Major Airlines’, ‘Regional Airlines’ and ‘Low Cost Carriers’ – with some airlines appearing in more than one category.

In the ‘Global Airlines’ category, second place went to the Brazilian airline LATAM with Japanese carrier All Nippon Airways in third place; while the ‘Major Airlines’ category had All Nippon Airways placing second with GoAir third. A full list of airlines’ on-time performance in May 2019 can be found at https://www.flightstats.com/v2/monthly-performance-reports/airlines

SriLankan has consistently been one of the world’s most punctual airlines over the last 12 months, with 86% of flights departing on time and 85 percent arriving on time from June 2018 through May 2019 on average. This is a remarkable achievement that speaks volumes of the efficiency of its processes and its vigorous scrutiny of every operational aspect that could affect punctuality. A high level of punctuality also significantly contributes to the airline’s financial bottom-line, since flight delays sometimes result in additional costs being incurred.

SriLankan’s consistently high level of on-time performance is the result of an exhaustive process that co-ordinates the performance of all departments and individual staff members responsible for various aspects of its operations throughout its global route network. It also involves managing situations that arise which are not under the direct control of the airline such as adverse weather, working with foreign airport agencies, Customs and Immigration delays, delays by passengers, etc.

A member of the oneworld global airline partnership, SriLankan Airlines operates a route network of 111 cities in 48 countries from its hub in Colombo and also connects to over 1,000 cities in 160 countries through its oneworld partner airlines. Sri Lanka’s national carrier has won a string of recent international awards including ‘World’s Leading Airline to the Indian Ocean’ at the World Travel Awards; and ‘Asia’s Leading Airline to the Indian Ocean’ at World Travel Awards Asia Australasia.