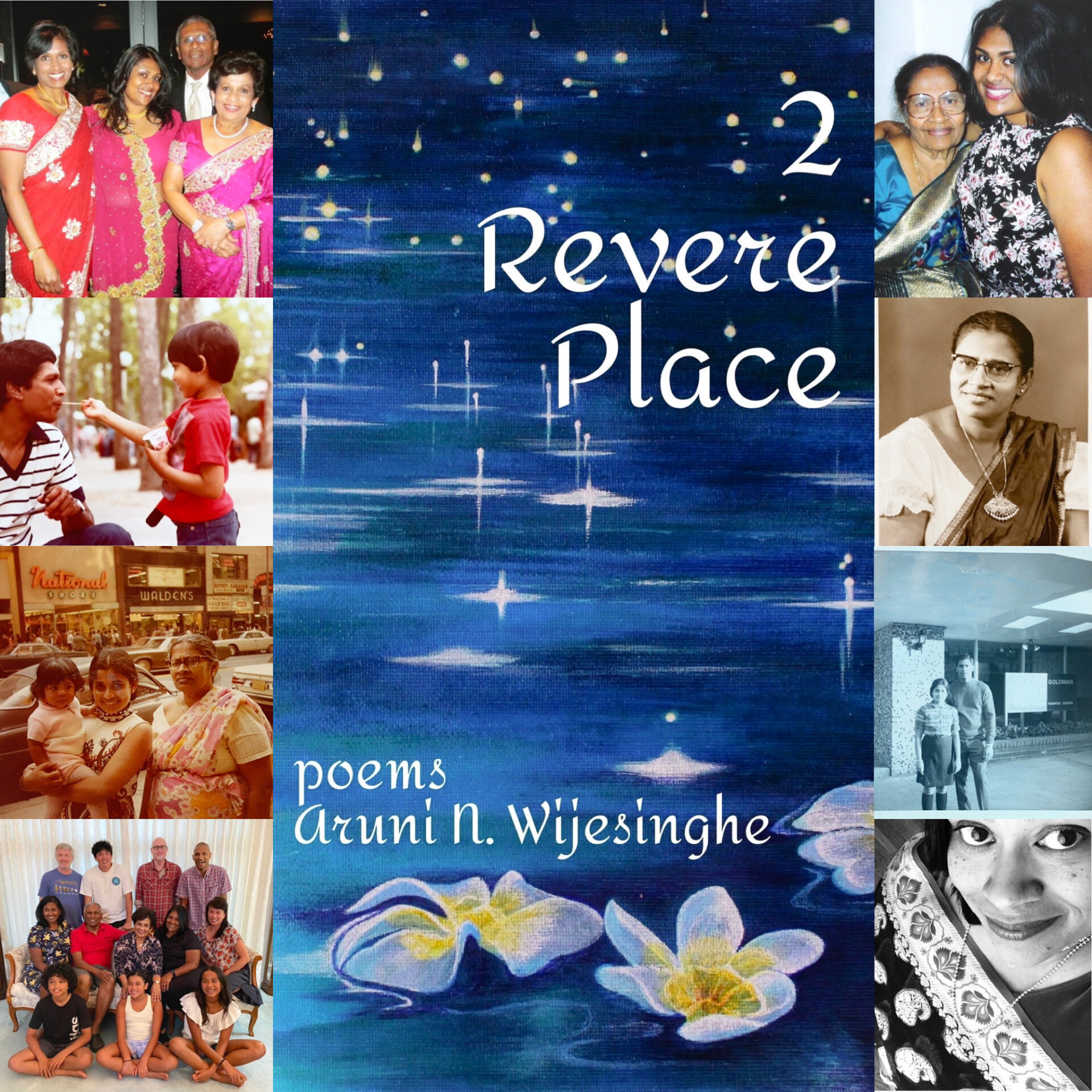 Aruni Wijesinghe is a Sri Lankan-American writer. A project manager, ESL teacher, occasional sous chef and erstwhile belly dance instructor. She holds a BA in English an AA in dance and a certification in TESOL. Aruni is a native New Yorker, born in the Bronx and raised in Rockland County, New York and Orange County, California.

Her work has been published in journals and anthologies both nationally and internationally. She has a solo poetry collection forthcoming with Moon Tide Press and (2022) and a duet collection with Picture Show Press (2022). Most notably, her first full-length poetry collection is due for release in April of 2022. Titled 2 Revere Place, this collection of memoir in verse is a love song to her family; the subject matter is the first ten years of her family’s life in the U.S. and tackles subjects ranging from cultural identity to assimilation to the challenges of being an immigrant family in the United States during the 1970s. Though these poems are not her first publication, this volume is her first solo collection.

Aruni is the daughter of Drs. Nandi and Neelakshi Wijesinghe, and sister to Ashini Wijesinghe Harris and Dr. Manik Wijesinghe. Her parents were both raised in Galle, attended medical school in Sri Lanka, and immigrated to the United States in 1969. They made their first home in New York state, where their three children were born, then made the move across country to Southern California in 1979. Dr. Nandi Wijesinghe established his private practice in Obstetrics and Gynecology with specialty in Perinatology in Orange County while Dr. Neelakshi Wijesinghe worked as a Pediatrician and top administrator for the Orange County Health Department. Dr. Nandi Wijesinghe is the recipient of the Sri Lanka Foundation Lifetime Achievement Award for 2012.

She lives and writes in Orange County, California with her husband Jeff and their cats Jack and Josie.

In 2 Revere Place, Aruni Wijesinghe unfolds her family’s first ten years in the United States through a gently curated collection of poems. The lush narrative moves from Sri Lankan beaches through apartment living in the Bronx to a quiet Rockland County suburb, leaving a trail of exquisite details charting the journey. Ms. Wijesinghe chronicles her family’s evolution into Americans through the eyes of a child learning what it means to hold two countries inside herself. Her reflections on the past glimmer with firefly light while calling the immigrant experience of 1970’s America into laser focus. Part memoir and part coming-of-age story, 2 Revere Place invites readers to live inside tender skin that tiptoes the line between cultures.

Copies of the book can be ordered directly from the publisher, Moon Tide Press, via this link:
https://www.moontidepress.com/books