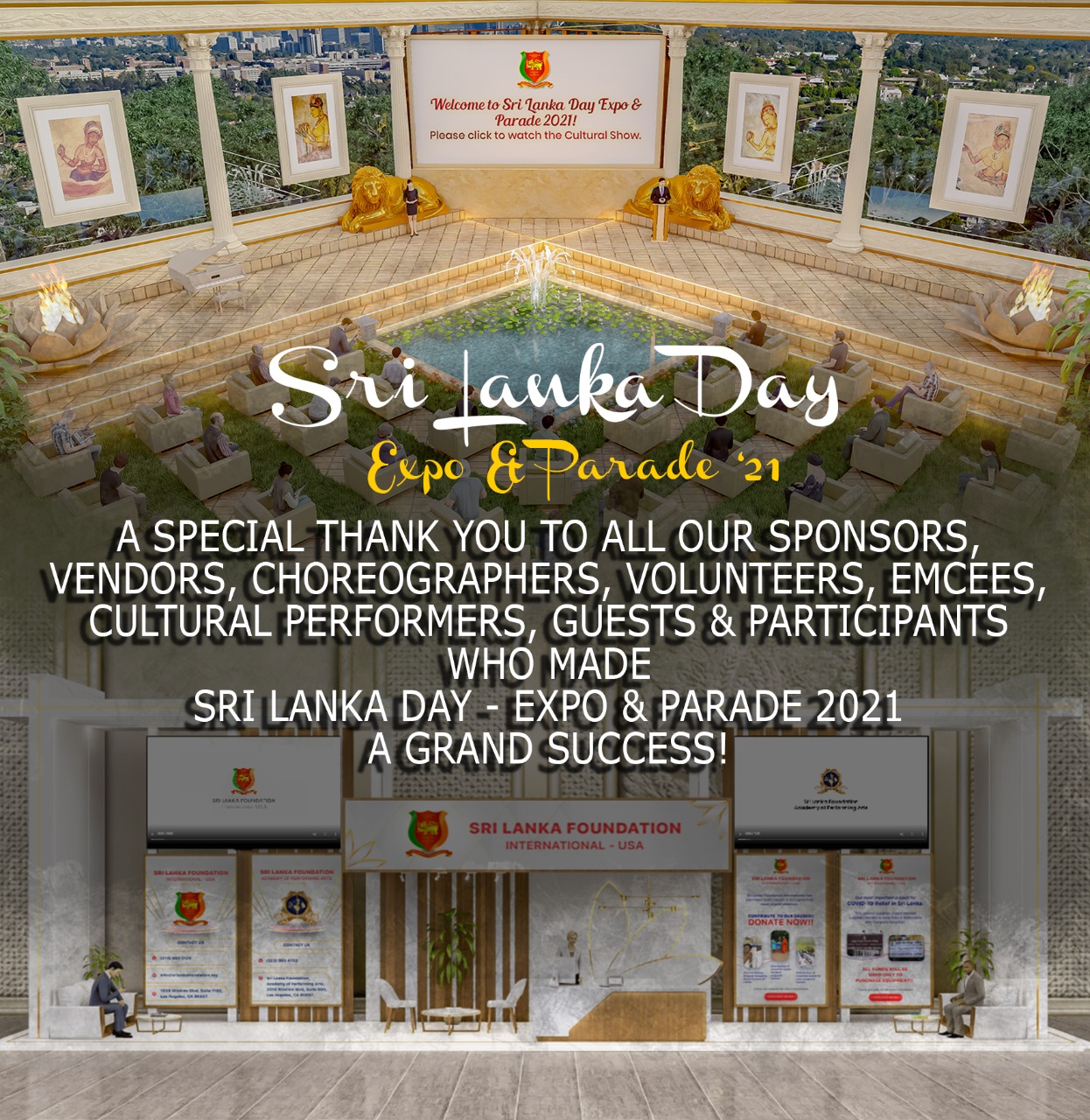 When 2021 Sri Lanka Day celebrations began many people logged in to the SLF Platform on August 20th from all around the world and entered the lobby were simply flabbergasted to witness such a detailed creation, with the information center, the Auditorium Exhibition hall, and the Networking lounge. The entrance to the Auditorium door opens and you are lead to the roof top in a elevator which is never seen any virtual event before. It was also breathtaking to see the creation of the virtual people moving around in the lobby and in their seats in the Auditorium and Networking lounge.

The attendees had the choice of deciding which segment of their interest and was able to enjoy it from the comfort of their homes.The five hour Amazing Cultural Performances from all over the world was viewed and enjoyed by many when some of the other Attendees were visiting and chatting with Vendors in the Exhibition Hall and the networking lounge was busy with people trying to connect.

The event continued on August 21st & 22nd, with excitement building up to win quiz prizes when our amazing live mc’s promoted enthusiasm and anticipation among the attendees to stay until the very end.

The “Pageant of Lanka” was showcased to give a feel of the original Parade that is hosted on the World Famous Colorado Boulevard, Pasadena.

We appreciate our Sponsors for their contributions to support the event as well as showcasing their products. Our heartfelt gratitude goes to all the volunteers for their valuable time to assist in many different ways.

The event ended with a Big Bang by the band “Sithara” to entertain the attendees with some nice Sihala Music.

Click on the link to watch the video:
https://youtu.be/LYNb8q1TIxo