SLF Int, USA Outstanding Achievement By A Young Professional Hiruni Wijerathna for Her Excellence as the Fastest South Asian Marathoner and Champion in Long Distance Running 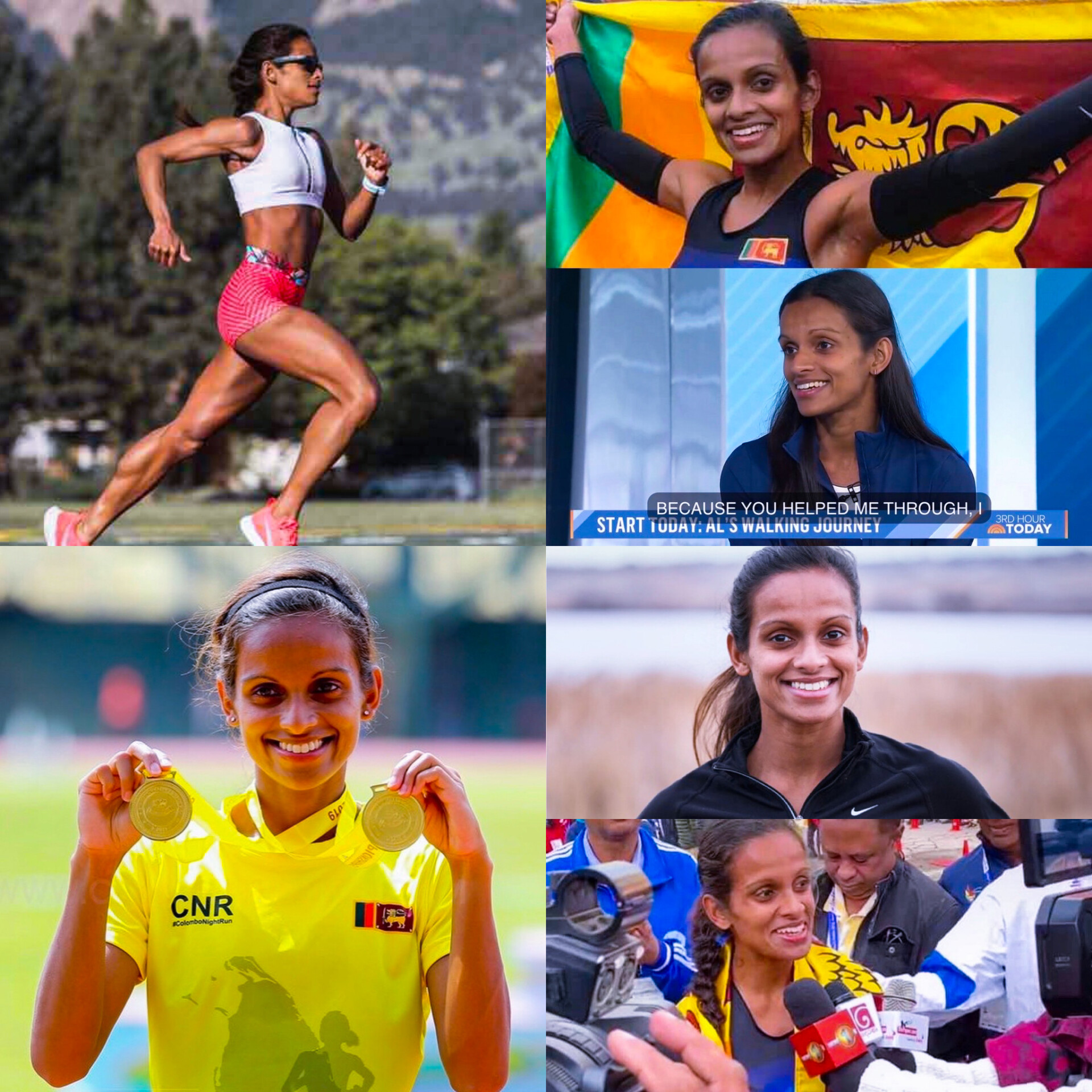 Born in Kirulapone, Sri Lanka, Hiruni attended St. Bridget’s Convent, where she began her journey as an athlete. Even though her athlete career blossomed in the U.S, her gleaming desire was to compete as a Sri Lankan athlete. In order to represent the Sri Lankan Sports Selection Committee, she ran her first Marathon in which she shattered the previous national records. Today, she is the South Asia’s Fastest Female Marathoner. She is also the first Sri Lankan to qualify for the International Association of Athletics Federations (IAAF) World Athletic Championship.

Marathoner Hiruni Wijayaratne clocked 2 hours 43 minutes and 31 seconds in the Eugene Marathon when she crossed the finish line as first female and 11th overall in the 2017 edition of the Marathon. Doing so, Hiruni Achieved the qualification standards for the IAAF World Championship Marathon which is 2:45.00 .She was the first and only female athlete to qualify for the world championship in 2019 from Sri Lanka. Hiruni who lives in USA, moved thereafter spending first nine years of her life in Sri Lanka. She has been running Marathon for several years. Hiruni is now the fastest female marathoner in Sri Lanka as well as in South Asia. She holds these both records with the timing of 2:34:10.

Hiruni Wijayaratne, who currently takes credit for multiple National records in the long distance and marathon form of running, road and track, is a professional athlete residing in the USA. However, she fully represents Sri Lanka in all professional meets and in such an event, Wijayaratne has managed to achieve another milestone in her career.

Although there are no competition or tracked records kept on  Road Running competitions, the new timings recorded by Hiruni will renew her Personal Best Timings as well as challenge a track record that has stood for 16 years.

Hiruni is a fierce competitor. She holds 10 National Records for Sri Lanka, a marathon personal best of 2:36, and a passion for chasing her goals and helping others do the same. It doesn’t stop there, Hiruni brings her game to the office too, where she has taken over as the Business Development and Sales Lead, but she does so much more than that.

Hiruni is also one of the best world-class coaches, and enjoys answering questions and sharing her experience as both coach and athlete to inspire others to achieve their dreams.