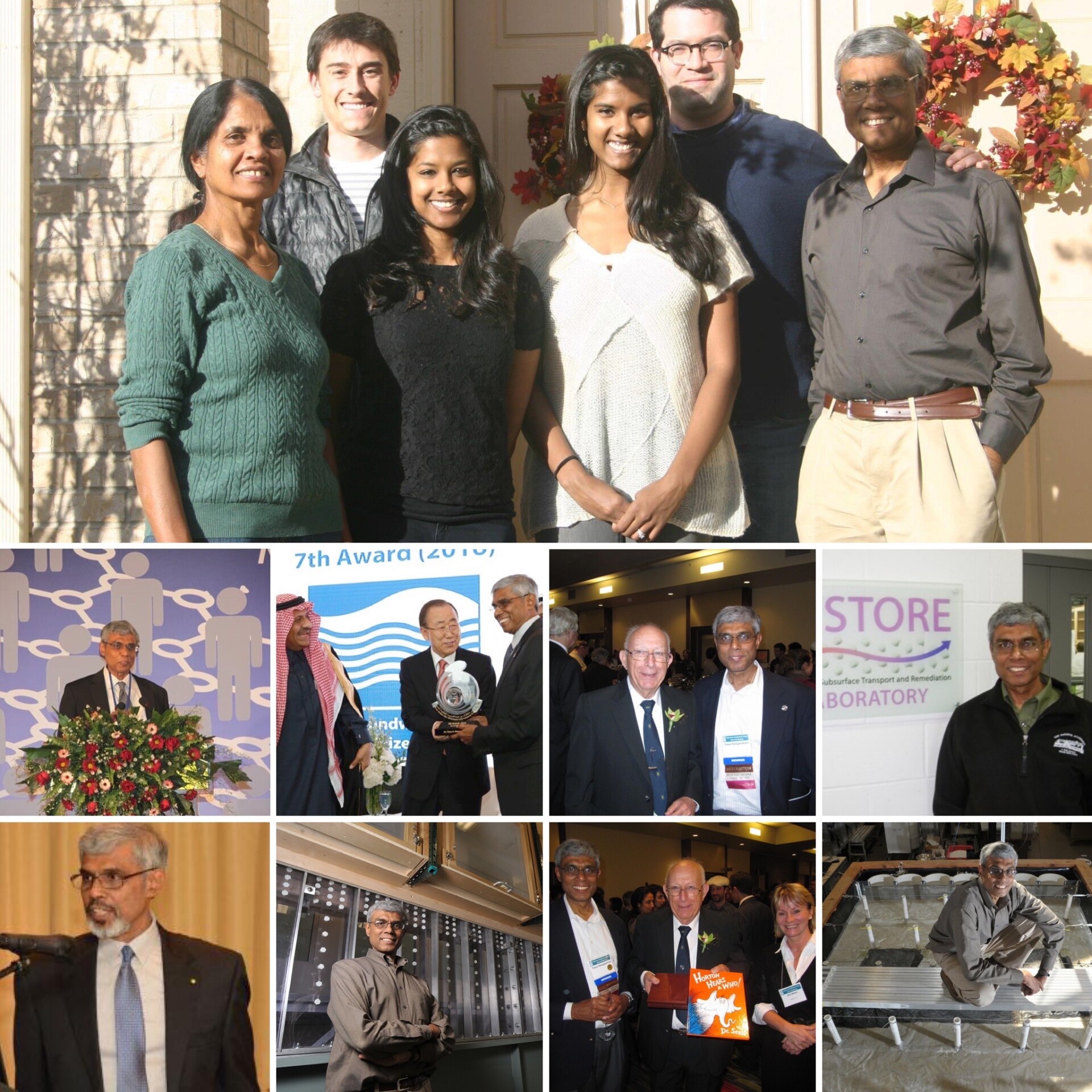 Professor Tissa Illangasekare is an internationally recognized Researcher, Academic, and Engineer born in Kandy, Sri Lanka. He received his primary and secondary education at St Anthony’s College, Katugusthota. He graduated from the Faculty of Engineering of the University of Peradeniya with a degree of Bachelor of Science (honors) in Civil Engineering. After serving as an instructor, he joined the graduate program in Water Resources Engineering at the Asian Institute of Technology (AIT) in Bangkok, Thailand. At AIT, he worked on several water resources projects in Thailand, Nepal, and the Philippines. He obtained his Ph.D. in Civil Engineering, specializing in groundwater hydrology and modeling from Colorado State University in Fort Collins, Colorado.

In addition to his current position as the AMAX endowed distinguished chaired professor of Civil and Environmental Engineering, he is also the director of the Center for Experimental Study of Subsurface Environmental Processes at the Colorado School of Mines at Golden. He is a Visiting Professional Fellow at the Department of Civil & Environmental Engineering, University of New South Wales, and a Research Affiliate at Lawrence Berkeley National Laboratory, Berkeley.

Prof. Illangasekare has made significant scientific contributions in the fields of Hydrology, Water Resources Development, and Environmental Engineering with broad societal impacts. His research has contributed to addressing many critical problems involving the protection and sustainability of groundwater, assessment, and mitigation of climate change impacts due to global warming and alternative energy development. He has held leadership roles in several professional societies. He is the past editor of the premier journals of hydrology and water resources and is currently serving as an Editor of AGU Advances the premier journal in Earth and Planetary Sciences and chief section editor of Frontiers in Water and Human health. He is one of the first Sri Lankans to come to the USA for graduate studies and develop an academic career that has impacted thousands of students and mentored close to forty Ph.D. students, sixty MS thesis students, and twenty-five post-doctoral researchers coming from close to thirty countries in the world. He has published more than 200 peer-reviewed articles, edited two books, and contributed 18 book chapters.

Professor Illangasekare has received numerous national and international awards from professional societies and organizations. He is a Fellow of the American Geophysical Union (AGU), Fellow of the American Society of Civil Engineers (ASCE), Fellow of the American Association for Advancement of Science (AAAS), and Fellow of the Soil Science Society of America (SSSA). He also was elected as a Fellow of the Sri Lanka National Academy of Science (SLNAS) in 2017. In 2010, he received an Honorary Doctorate in Natural Science and Technology from the University of Uppsala in Sweden. In 2016, he received the 7th Prince Sultan Bin Abdelaziz International Groundwater Prize, one of the most prestigious awards for water research and the highest international honor in the field of groundwater from the UN Secretary-General Ban Ki-Moon for describing subsurface transport in groundwater, systems for the reliable predictions of the long-term fate of pollutants. In 2016, President Obama appointed him to a key administrative position to serve on the Nuclear Waste Technology Study Board (NWTRB). He also received other highly prestigious professional society awards that included the Henry Darcy Medal from the European Geophysical Society (EGU) for fundamental contributions to engineering hydrology and exceptional support to the hydrological community and the American Geophysical Union’s (AGU) Walter Langbein Lecture Award in recognition of lifetime contribution to hydrologic sciences. In 2022 he was elected as a foreign member of the Academia Europae (The Academy of Europe). He is the 2017 recipient of the Asian Institute of Technology Alumni Association’s Distinguished Alumni Award in the Category of Academic and Research Excellence.

He has been active in research for close to forty years. His research projects have been funded by highly competitive US funding agencies such as the National Science Foundation (NSF), Department of Energy, Department of Defense, National Institute of Health (NIHES), Environmental Protection Agency, Department of Agriculture, and industry sources. Funded by the US National Foundation NSF), he led a team of researchers from Europe and the USA to study of coastal aquifer contamination after the 2004 tsunami. In a second project funded by the NSF and NIHES, he led an international team of scientists from the USA, Europe, and South America to evaluate the role of groundwater contamination in chronic kidney disease of unknown etiology (CKDu) in Sri Lanka.

He has also made active collaborations in many countries in North America, Europe, and Asia.