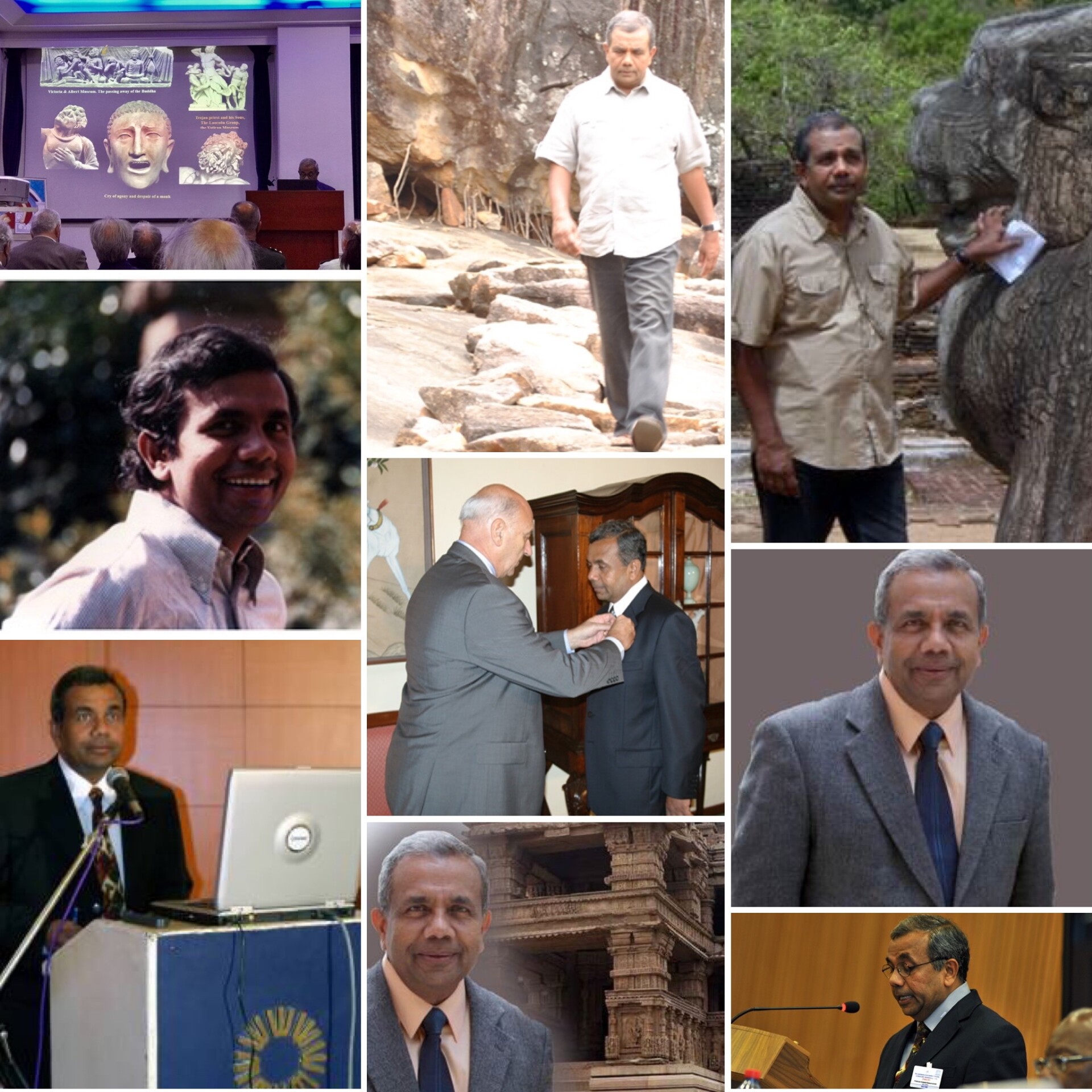 Prof. Osmund Bopearachchi is a Sri Lankan historian and numismatist who has specialized notably standardized the coinage of the Indo-Greek and Greco-Bactrian kingdoms.

He is the Emeritus Director of Research of the French National Centre for Scientific Research (C.N.R.S.-E.N.S. Paris), former Adjunct Professor of Central and South Asian Art, Archaeology, and Numismatics, University of California, Berkeley and former Visiting Professor and Member of the Doctoral School of the Paris-Sorbonne University.

He is a numismatist, art historian and archaeologist. He is an author of 14 books, 5 Exhibition Catalogues; 2 translations of books; editor of 6 volumes; author of 145 research articles; 9 prefaces; 14 book reviews in reputed international journals-and 2 databases. He has read 93 papers at international colloquia; presented 292 conferences in 65 cities, and has carried out archaeological missions in 29 different countries.

He is recipient of prestigious international awards. French Academy of Inscriptions and Belles-Lettres bestowed most prestigious awards to five of his books and “George Perrot Medal” being the most distinguished one. He was raised to the position of the “Order of Academic Palms” by the French government and the “Order of Constantine the Great” by the Greek government. He published three books in 2020:Roots of Sri Lankan Art, Department of Archaeology, Colombo; From Hindu Kush to Salt Range, co-authored by Prof.SusmitaBasuMajumdar, ink beyond Imagination, Kolkata and When West Met East: Gandhāran Art Revisted published by Manohar, Delhi. This book received the distinguished “Ikuo “Hiriyama Award” attributed by the French Academy.

He recently published a book on Gandhāran art entitled: When West Met East: Gandhāran Art Revisted (Manohar, Delhi, 2020) based on a selection of hitherto unknown masterpieces from Gandhāra and Greater Gandhāra dispersed in museums and private collections in Japan, Europe, Canada and United States of America.

At present he is working on a new catalogue of Graeco-Bactrian and Indo-Greek Coins.

Click on the link below for more details of Prof, Osmond’s Remarkable Work of:

*Understanding Coinage of the Past by Prof, Osmund:
*Ancient Sri Lanka and Trade in the Indian Ocean through Buddhist Iconographies:
Bodhisattva Avalokitesvara as Protector of Traders by Prof Osmund: