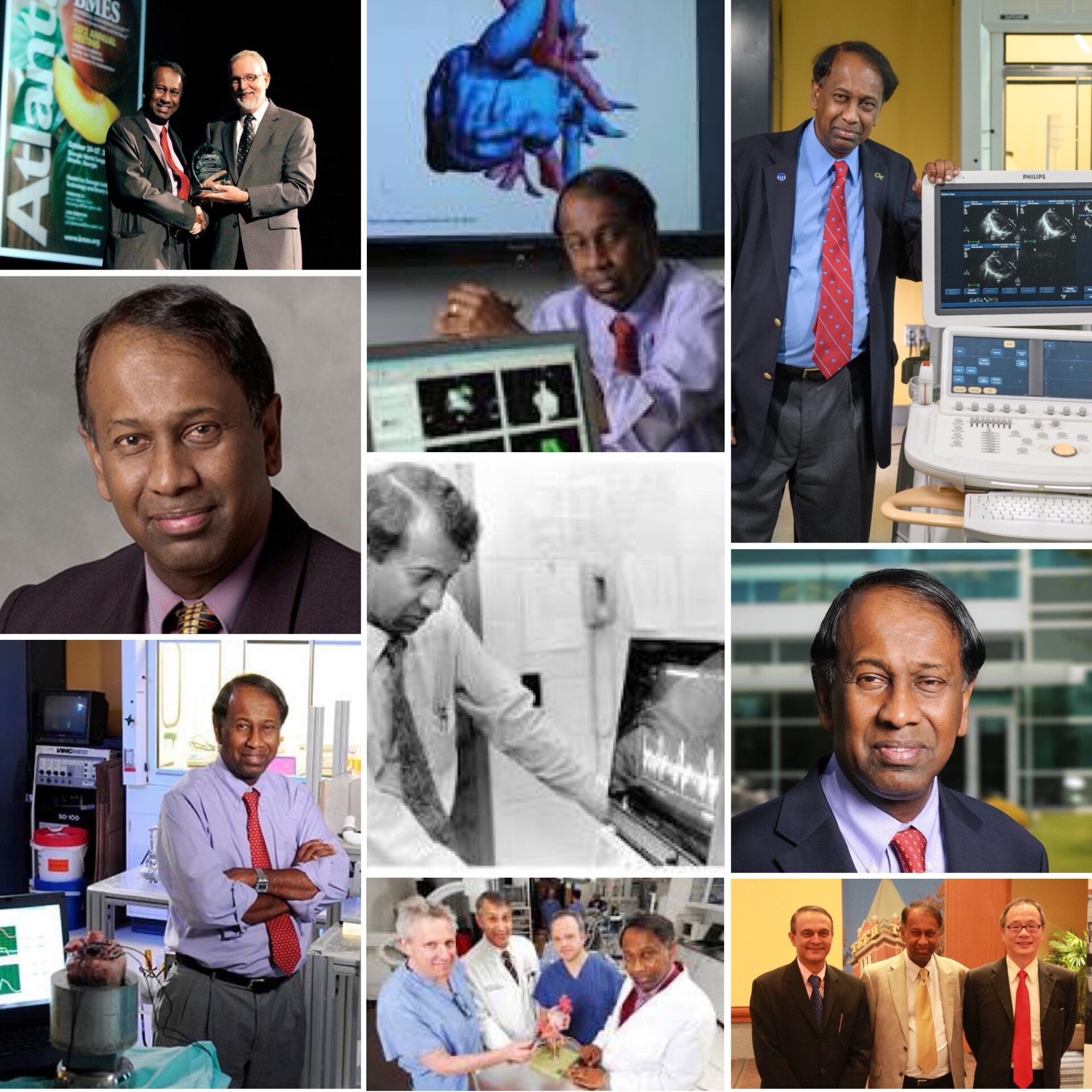 Professor Ajit Prithiviraj Yoganathan was born on December 6, 1951, in Colombo, Sri Lanka. Son of Dr. Ponniah and Dr. Mangay (Navaratnam) Yoganathan, he received a Bachelor of Science (First Class) in Chemical Engineering in 1973 from University College, University of London. In 1974 as a graduate student, he became interested in the functioning of natural and replacements of heart valves, and then went on to receive a Doctor of Philosophy degree in Chemical Engineering in 1978 from the California Institute of Technology. He then joined the engineering faculty at the Georgia Institute of Technology in 1979.

Over the subsequent 40+ years, “Dr Y” as he is called by his colleagues, students, staff and friends, has pioneered the field of translational cardiovascular engineering. Through his collaborations with clinicians and basic scientists, he has demonstrated the value of applying basic engineering science to develop and evaluate novel cardiac technologies and devices that have benefited millions of patients world-wide.

His work has used experimental and computational biomechanics methods to study native and artificial heart valves, and the structure and function of the heart. He has applied these techniques to not only help us understand the hemodynamics of complex congenital heart diseases/defects, but also to develop new surgical procedures to optimize the cardiovascular fluid dynamics of these children’s hearts. The mission of his laboratory is “to provide answers to life-saving clinical questions using engineering approaches.”

Prof Yoganathan has been involved in the evaluation of every prosthetic heart valve design used in the U.S market, since 1975. His Cardiovascular Fluid Mechanics Laboratory (CFM Lab) has served as a valve approval site for regulatory agencies worldwide for over four decades. Prof Yoganathan “invented” the science of prosthetic heart valve engineering in that lab at the Georgia Institute of Technology. It is his signature achievement and the primary reason for his 2015 induction into the National Academy of Engineering. He and his fellow lab members have had a profound influence on valve design, including the advanced transcatheter aortic valve model implanted in the famous rock & roll icon Mick Jagger’s heart, which he received in the spring of 2019 (in a New York City hospital).

As a teacher and mentor, Dr Y has mentored more than 50 doctoral students, 35 masters’ students, 40 postdoctoral trainees, and 500 undergraduate students, many of whom have now gone on to become important leaders in their own right. He played a pivotal leadership role in the creation of Georgia Tech’s master’s and PhD degree programs in Bioengineering as well as the joint PhD in Biomedical Engineering with the Emory University School of Medicine. He currently has 19 issued US patents, with another 7 patent applications under review, and to date has published more than 450 peer-reviewed journal articles and 40 book chapters. He has also been an invited speaker to over 300 conferences/lectures around the world.

Dr. Yoganathan’s career has been distinguished by a number of high honors. In 1985, Dr. Yoganathan was awarded an Alexander von Humboldt Fellowship from West Germany to spend 9 months at the Helmholtz Institute for Biomedical Engineering, Technical University of Aachen. He received the Edwin Walker Prize from the Institute of Mechanical Engineers, UK in 1988. In 1992, he was elected a founding fellow of the American Institute of Medical and Biological Engineering. The same year, he also spent six months at the University of Aarhus, Denmark as a Visiting Professor of the Danish Research Academy. He received the H.R. Lissner Award, for his contributions to the field of bioengineering in 1997 from the American Society of Mechanical Engineers. In 2005, he was awarded the Theo Pilkington Award, for his contributions to Biomedical Engineering education by the American Society of Engineering Education. That same year he was also appointed Chair of the Cardiovascular Sub-Committee (SC2), International Standards Organization Technical Committee (TC 150) on Implants for Surgery.

In 2010 he was appointed the Founding Editor in Chief of Cardiovascular Engineering and Technology – the newest journal of the Biomedical Engineering Society. (CVET was accepted to PubMed in 2015). In 2012, the Biomedical Engineering Society bestowed Dr. Yoganathan the Pritzker Lecturer Award, one of the highest honors given to a BMES Member. In 2012, the Children’s Hospital of Philadelphia (CHOP) conferred him the Ann Newman Lecturer Award, the only engineer to have been awarded this honor. In 2015, in recognition of his significant contributions to the field of engineering, he was elected to the prestigious National Academy of Engineering in Washington, D.C. For his leadership and work on International and U.S. standards on cardiovascular medical devices, he was presented with the 2015 Standards Developer Award from the Association for the Advancement of Medical Instrumentation. In February of 2017, Tamils’ Information awarded him their Lifetime Achievement Award, presented to him by the mayor of Toronto at City Hall in Toronto, Canada. In 2020, he was inducted as the Inaugural Honorary Fellow of the American Association of Thoracic Surgery (AATS), the leading Cardiac Surgery Society in the world. In 2022 he received the Heart Valve Society’s Inaugural HVS Lifetime Achievement Award.