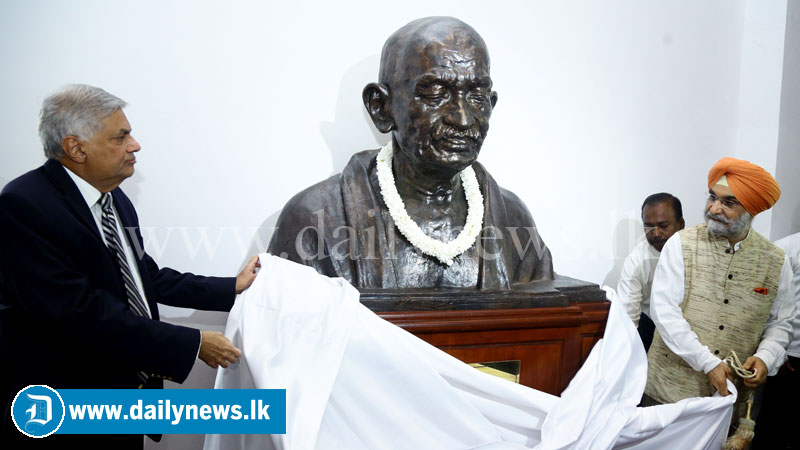 In order to mark the 150th birth anniversary of Mahatma Gandhi, known in India as the “father of the nation”, Prime Minister Ranil Wickremasinghe together with the Indian High Commissioner to Colombo Taranjit Singh Sandhu unveiled a statue of Gandhi at the Temple Trees premises this morning.

Gandhi’s birthday is a major national holiday called Gandhi Jayanti, and it is marked with a prayer for peace, ceremonies and events throughout the country.

A ceremony was marked at Temple Trees where the PM also launched two commemorative stamps.

The Stamps were presented by the Prime Minister, while Minister of Postal Affairs Haleem and Minister of Ports and Shipping and Southern Development Sagala Ratnayake engaged in discussions with officials from the High Commission afterwards.

The United Nations has also declared October 2 as the International Day of Nonviolence to honor Gandhi’s message.