PARENTS! Here’s an opportunity for your kids to learn “Sinhala” srilia.com-Dr Sisira Ranasinghe shares his story 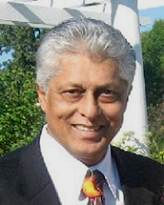 After a life-long practice of 50 years as a physician, the final 44 years as a Consulting Pathologist, I retired in 2017. While the daytime activities were busily consumed professionally, I dwelt on my childhood electronics and engineering skills late into the nights. I continued my research in Digital Languages Processing Technology.

At the time when 8 bit computers [Z80, Compupro] and 16 bit TI99A came into existence, I learned to develop software for these machines to generate Sinhala and Tamil symbols and thereby produce text in both languages. The primary purpose was the make the Technology available to my children, so the they can learn the Languages of Sri Lanka.

In 1982 I developed the “SLIIC” comprehensive encoding table that contains all of the Sinhala and Tamil letters that have been used since 1800’s. Those early lead-typeset scripts used in the then popular publications such as the dictionaries made by British Missionaries were the resources for identifying ALL of the symbols ever printed. I wrote the TI Assembler code to test the word sorting algorithm, [TI 99A computer was used] and tested it on the entire word set of “Alpapraana nayanna” of the DeZoysa Dictionary.

However I also noted that Sinhala and Tamil lacked a symbol for the English “Z” phoneme, So I created this new symbol named “Zayanna”, incorporated into the “Sa” class of Sinhala Consonants. Please refer to the appropriate lesson at “SRILIA.COM” to appreciate its usefulness.

As Technology evolved, my efforts to teach basic Sinhala and Tamil to young Children and others, was moved to the internet. The creation of Multilingual Websites for Sri Lankans featuring English, Sinhala, Tamil and Divehi [the Maldivian derivative of Sinhala] in the same text lines had now become a realty since my invention of the “SRILIA” font in 1988. The Font Patents have been issued in USA in 1988 and Sri Lanka in 1989.

methodically, so that they can guide the young minds, the concept of a “letter” or “diacritical sign” to represent a sound or phoneme. The precise way to write each letter is illustrated graphically, the corresponding sound is finely articulated and the incorporated into simple words to demonstrate its usage.

Some adult American devotees of the Indiana Buddhist Institute are learning Sinhala as a foreign language. The students attending the Dhamma and Languages school at this named institution are benefiting from the lessons in addition to Bhante Mahanama’s classes.

Why do we need the new Updated Unicode?

I’ll point out some of the MANY omissions, deficiencies and errors of this current version[12.1]

The current Unicode page for Sinhala had been hastily put together. Many primary symbols [consonants] that are infrequently used, semi-letters, ligature constructs [used for Pali script] and aesthetic diacritical glyphs are missing, For instance it is impossible to type “Alpapraana dayanna” derivatives in the pristine format. Peruse this lesson in the website, then it should be clear to any one that only this website can generate such high quality intellectual forms of this letter.

As scholars have realized, this is why the missing symbols should be added to make the Unicode encoding page precise. Binary-weighted re-ordering is absolutely essential. For example, “Ayana” derivative such as “Aayanna” is merely a concatenation of “Ayanna” and the glyph for “Aelapilla”. So are “Aeyanna”, “Aaeyanna” which are concatenations of “Ayanna” and “short and long Aedapilli” glyphs. Just this example shows THREE wasted hexadecimal code positions.

In other words, just copy the “SLIIC” encoding to the Unicode page, by pointing to the starting address [U+0D80] of the code page. Converting DOS based “SLIIC” encoded text can by simply upgraded to the New Unicode encoding.

If you have not caught on the my explanation – do me a favor – use the “character map” in your windows computer and study the Sinhala letter sequence in the font “Iskoola Pota”. What are the characters assigned to 0D80, 0D81 ? Hmm, nothing. Sinhala Sign Visargaya should be at the END of the table and not where it is dropped presently. Carefully study Carter’s and Clough’s dictionaries, two of the most authoritative research documents, words ending in a “Visargaya” are the final ones!

One also realizes that “Uuyanna”, “Iruuyanna” and “Iluuyanna” are redundant; a primary short vowel is modified by the two diacritical glyphs, “Gayanukittha” and “Gaetapilla” which have their own hexadecimal codes. So here we go, wasted three more code spots!

Similarly “Eyanna” and the two symbols after it, “Oyanna” and the two symbols after it are mere additions of individually encoded glyphs “Al-lakuna” and “Gayanukittha”. So, now four more codes are wasted! Thus “Oyanna” [0D94] has become “Ooyanna” [0D95] by the addition of its version of the “Al-lakuna” [0DCA], but for other upright Consonants there is NO glyph for “Al-lakuna”. Where are the glyphs for “Raeyanna” and “Raeaeyanna”, they should be vertically elongated “Aedapilli”, rising above the baseline. These glyph’s are very missing! Have you used the “Yansaya”, where is it in the Unicode?

One also notes that there are many empty/unassigned code positions in the current Unicode page.

This whole thing needs a clean overhaul and to set it to my specifications shown in font patents issued. All the symbols in the “SLIIC” encoding are in precise binary-weighted values and strings created accordingly will alphabetize accurately. Of course, a pre-formatting and a post-formatting algorithm are essential to handle “Kombuwas”.

The next publications will be introduction to Sinhala grammar and construction of sentences.

Who will benefit from visiting http://srilia.com/

Parents needing to teach Sinhala, should follow the lessons