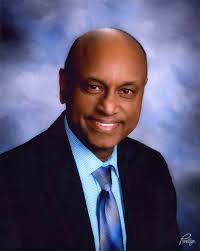 Dr. Dilantha Fernando joined the Department of Plant Science at the University of Manitoba in 1998 and was promoted to full professor in 2006. Dr. Fernando’s research has had a tremendous impact on Canadian agriculture and the discipline of plant pathology. He has led innovative research in plant disease management and shown exceptional productivity, authoring or co- authoring 145 peer-reviewed articles, 15 book chapters, 78 proceeding papers and more than 240 abstracts. During his time at the University of Manitoba, Dr. Fernando has secured more than $33 million in external funding for his program, and grower groups and government agencies consult with him regularly on disease-related issues associated with both crop production and international trade. He is known nationally and internationally as a leader in epidemiology and disease management, especially on blackleg of canola. Dr. Fernando has supervised 31 graduate students, 80 highly qualified personnel and taught many plant pathology courses.

Dr. Fernando is a world authority on blackleg of canola. His research on blackleg pathotypes led to industry-wide efforts on R-gene rotations in canola production to reduce the risk of resistance breakdown, and helped seed companies to select effective R-genes for breeding new blackleg resistant canola cultivars. His lab contributed substantially to the development of 37 canola or HEAR (high erucic acid rapeseed) canola cultivars with excellent resistance to blackleg, white rust and Fusarium wilt. Canada Post honored this team effort and the achievement of developing the first Round-Up Ready HEAR cultivar with a stamp issued on 28 February 2002. By providing sound disease management advice based on his research, Dr. Fernando has built an excellent reputation in the canola industry and among producers. Dr. Fernando’s stature in blackleg research also is recognized internationally, with his research and collaborations with other Canadian scientists being instrumental in addressing a blackleg-related trade dispute with China.

Dr. Fernando’s research on Fusarium head blight (FHB) of wheat has also had tremendous impact. His pioneering studies on the dynamics of ascospore release, dispersal and ensuing infection substantially increased knowledge of the epidemiology of this important disease. Several novel findings in the epidemiology, population genetics, population structure, genotypic diversity and genetic variability have been published following Dr. Fernando’s earlier studies. His recent efforts to understand the population structure of Fusarium graminearum on the Canadian Prairies have led to an improved focus on the detection of toxin-producing fungal strains and the improved safety of the food and feed industry. Dr. Fernando’s lab was also instrumental in setting up the first wheat nursery for FHB resistance screening in Canada. This nursery, along with a blackleg nursery in Carman, MB, has helped breeders screen new materials for disease resistance efficiently.

Dr. Fernando is also a pioneer in advancing the biological control of crop diseases in Canada. One of the seminal papers stemmed from Dr. Fernando’s discovery of unique organic volatile compounds in Pseudomonas chlororaphis PA23, which inhibit sclerotium formation as well as spore production from overwintering structures of Sclerotinia sclerotiorum. His studies on the mechanisms of biocontrol have led to many novel discoveries, including antibiosis and its differential efficacy against different plant pathogens, gene expression/regulation mechanisms, and biofilm formation in biocontrol.

In recognition of his outstanding research in plant pathology and crop disease management, the far-reaching impact of his work on the crop industry in Canada, as well as extraordinary outreach, Dr. Fernando received the 2020 Canadian Phytopathological Society Award for Outstanding Research.