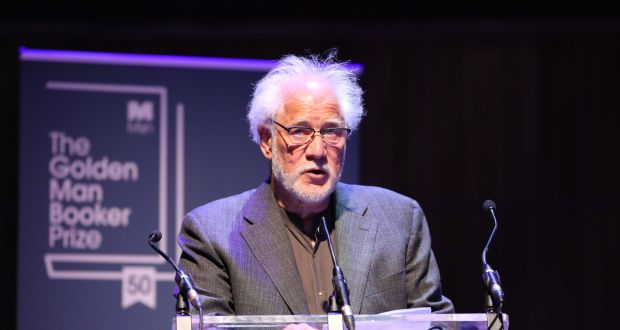 The wartime love story, ‘The English Patient’ authored by Sri Lankan-Canadian poet Michael Ondaatje, won the Golden Man Booker Prize in London, UK on Sunday night, the New York Times reported. The one-off award, voted for by the public, commemorates the 50th anniversary of the Man Booker prize. The shortlist of five novels was selected by a panel of judges from the 51 previous winners of the Man Booker, which honors the best novels written in English and published in Britain or Ireland.

Booker Prize Foundation’s Chairperson Baroness Helena Kennedy in a statement said The English Patient is a compelling work of fiction — both poetic and philosophical.“As we celebrate the prize’s 50th anniversary, it’s a testament to the impact and legacy of the Man Booker Prize that all of the winning books are still in print,” she said.

Born in 1943 in Sri Lanka when it was known as Ceylon, Mr. Ondaatje now lives in Canada. “The English Patient,” which follows the lives of four characters brought together during World War II, told through the morphine-affected memories of a severely burned patient, was a Booker Prize winner in 1992.

The film adaptation starring Kristin Scott Thomas and Ralph Fiennes won nine Academy Awards in 1997, including best picture. Each of the judges for the Golden Man Booker Prize was allocated a decade from the prize’s history and tasked with selecting the best work from it. The public then voted on this shortlist.

Last year’s winner, “Lincoln in the Bardo,” by George Saunders, was selected by the poet Hollie McNish. Simon Mayo, a novelist and broadcaster, chose the 2009 prize winner “Wolf Hall” by Hilary Mantel. The poet Lemn Sissay picked “Moon Tiger” by Penelope Lively, the winner in 1987. And Robert McCrum, a writer and editor, selected “In a Free State” by V.S. Naipaul, which won in 1971.

“The English Patient” was selected by the novelist Kamila Shamsie to represent the 1990s. Ms. Shamsie said in a statement, “‘The English Patient’ is that rare novel which gets under your skin and insists you return to it time and again, always yielding a new surprise or delight.”