Linking the China-US rivalry to Ukraine and Taiwan 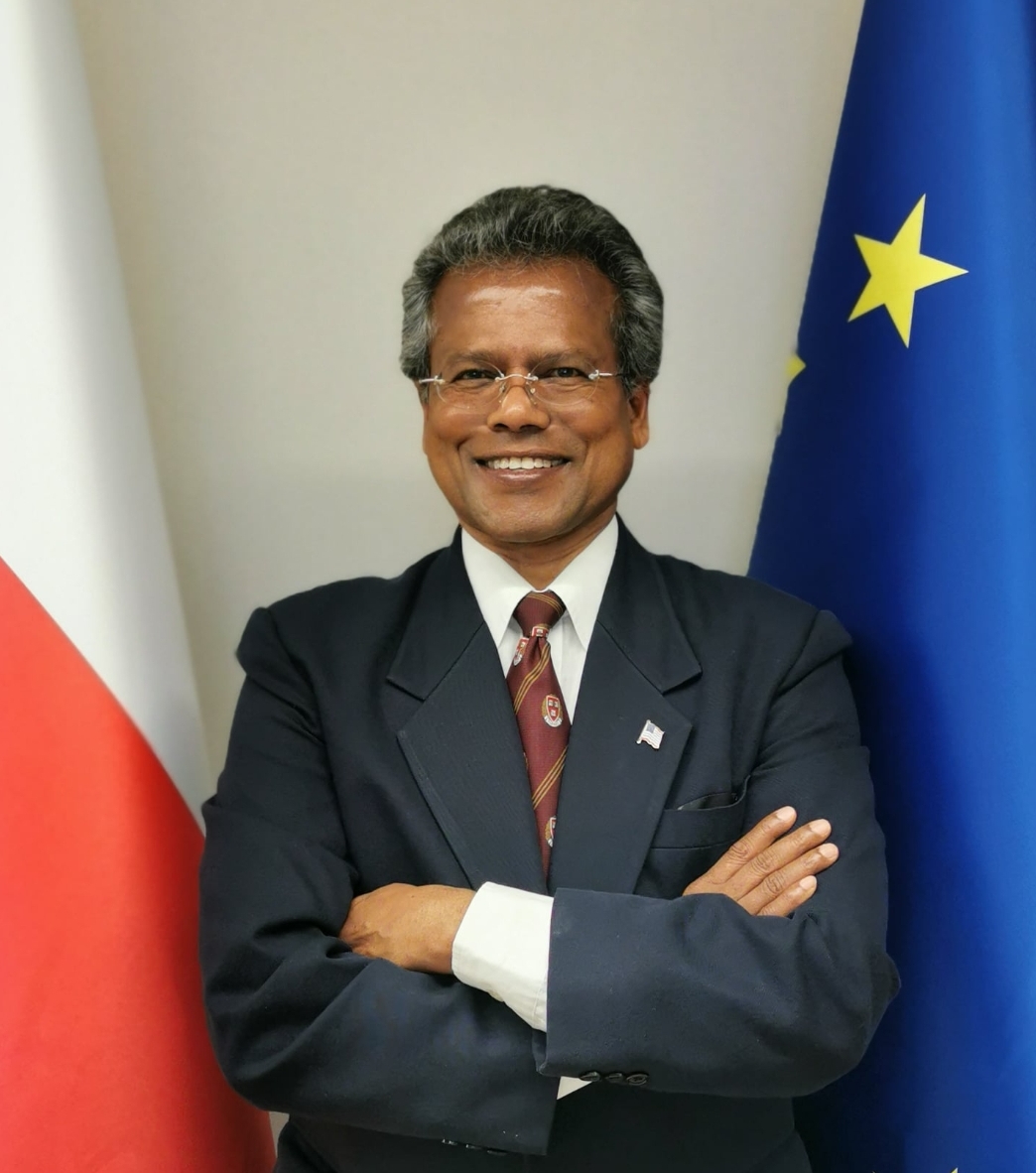 WARSAW (May 16, 2022) — Earlier this year, former U.S. diplomat Patrick Mendis, Ph.D., arrived at the University of Warsaw to teach a summer course. When the Russian invasion of Ukraine began to unfold, he quickly adapted the practice of diplomacy and war into his seminar on Sino-American relations and international organizations.

Having worked at the United Nations and taught courses in China, Taiwan, and the former Soviet Union, the transition was a natural one for Mendis.

“Sad, but I learned a great deal of agonizing human conditions of war from my Ukrainian colleagues and students,” Mendis said.

Speaking at a special faculty seminar on the topic of democracy and autocracy, Mendis actively engaged with his colleagues from India, New Zealand, Ukraine, and the European Union. He shared a wide range of observations that the Russian war in Ukraine has differences, but similarities do exist with a possible Chinese invasion of Taiwan.

Mendis then decoded the meaning of the “no limit” Sino-Russian friendship pact signed by Presidents Xi Jinping and Vladimir Putin at the Beijing Winter Olympics in February.

The Minnesota and Harvard educated scholar, who served as a U.S. military professor in the European and the Indo-Pacific Commands, explained that President Joe Biden’s galvanizing speech at the Royal Castle in Warsaw was “a turning point” of global geopolitics and the “rebirth of the Truman Doctrine.”

After World War II, President Harry Truman addressed Congress by arguing that the United States must save Greece and Turkey from falling into the family of communist states. Truman said that “every nation must choose” between “freedom” and “oppression.” He then established the CIA and NATO. Altogether, the Truman Doctrine underpinned the American containment policy throughout the Cold War.

In Warsaw, Biden said that Ukraine is part of a global struggle “between democracy and autocracy.” This “great battle for freedom” will define the future of the world, he added. Identifying China as the “strategic competitor,” the Biden White House now focuses on Beijing’s military activities around the Taiwan Strait crisis.

After his engaged dialogue with faculty colleagues and diplomats, Mendis concluded that there emerged a new Truman Doctrine of Biden to contain the rise of China.

U.S. Ambassador Mark Brzezinski gave his public lecture on the “global leadership and the lessons from the Ukraine crisis” at the University after the seminar organized by the dean of the Faculty of International Studies and Political Science.

Click on the links below for more information:
Asian American Press
https://aapress.com/community/linking-the-china-us-rivalry-to-ukraine-and-taiwan/