MENUMENU
News ≫ Kithul is Sri Lanka’s ‘syrup with a funk.’ One entrepreneur wants to bring it to the world.

Kithul is Sri Lanka’s ‘syrup with a funk.’ One entrepreneur wants to bring it to the world. 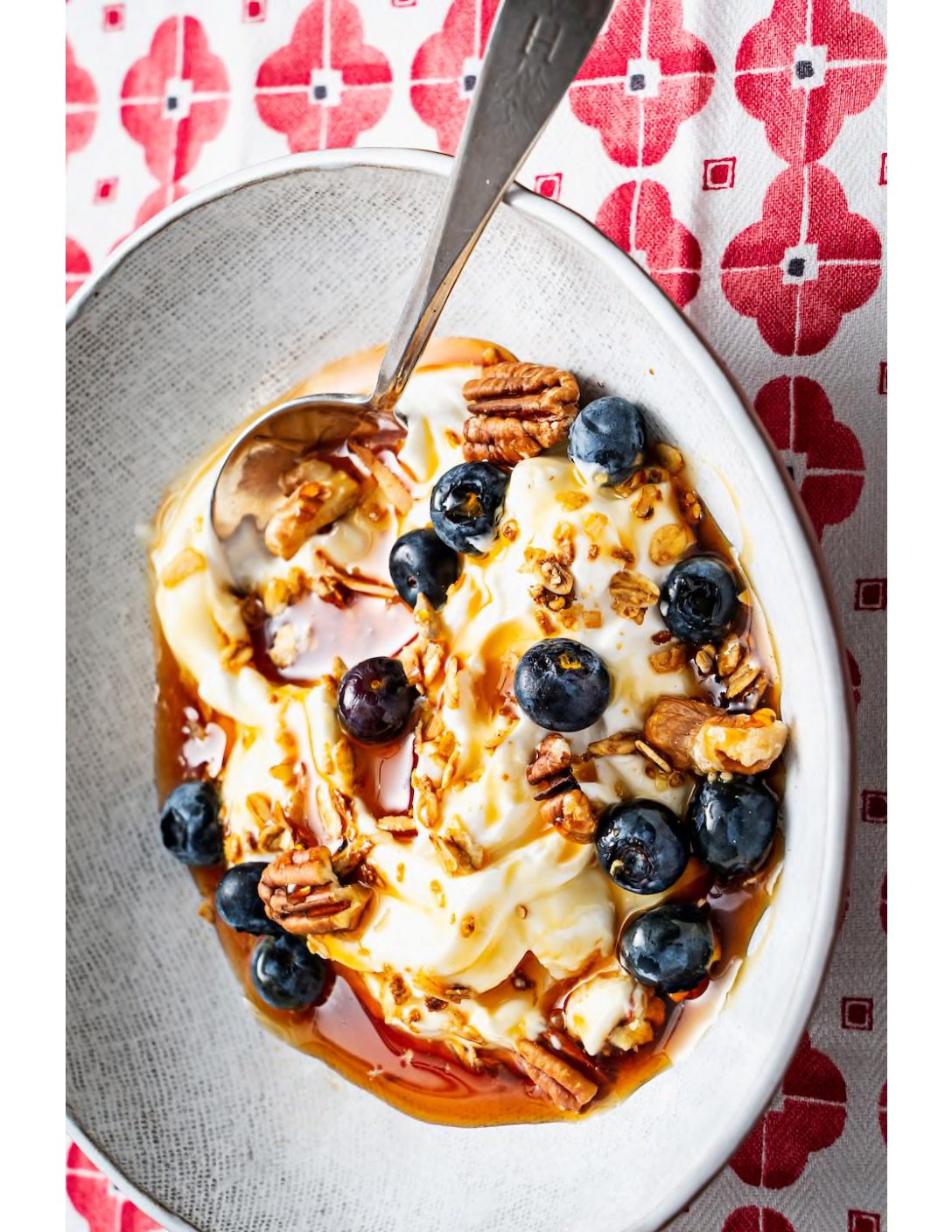 In Sri Lanka’s Kalutara District, once Chaminda Ruwankumara sees that a palm tree’s flower is mature, he prepares to climb. He tucks a knife secured in a sheath into the back of his shorts, hangs a pot from the knife’s handle, and makes his way 25 to 40 feet up a makeshift wooden ladder wrapped around the tree. Ruwankumara then cuts the flower, collects its sweet sap and climbs back down. He does this up to three times a day.

Comfort and connection: Asian chefs and celebrities share how food can draw us closer and divide us)

Next, he boils the sap over a fire for several hours, until it becomes the thick, dark syrup called pani, known also as kithul syrup, kithul treacle or simply kithul. Though the tree, a species of palm called Caryota urens (also called the fishtail palm), grows in other parts of the region, the sticky, smoky, sweet-yet-savory syrup is purely Sri Lankan. And it is Sri Lankan tappers who for generations have made the dangerous climb to retrieve the sap, while receiving less compensation than advocates say their product and work are worth.

Samantha Fore, a first-generation Sri Lankan American chef in Lexington, Ky., calls kithul “syrup with a funk. It’s that funk that makes it so versatile.” When the kithul is pure and “done right,” she says, it is characterized by a depth of flavor ranging from smoky to savory. “Otherwise, it just tastes like watered-down or sugared-up syrup.”

A tapper climbs a palm tree in Sri Lanka’s Galle District in 2020. (Courtesy of Chanchala Gunewardena) 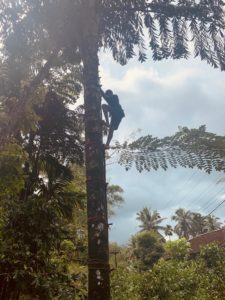 In fact, most mass-marketed kithul is diluted with water and sugar by middlemen, collectors/resellers or buyers — not usually by tappers or farmers, explains Chanchala Gunewardena, who in 2017 founded the small-batch brand Kimbula Kithul in Colombo, Sri Lanka’s commercial capital. While several brands are available online and from South Asian stores outside Sri Lanka, they tend to be the mass-produced, cheap bottles that may only have a hint of kithul’s funk. “In Sri Lanka itself, a lot of people haven’t experienced real kithul for a while,” she says.

“After covid lockdowns, the kithul was really sugared down,” she adds, noting that some makers resorted to falsely inflating volume to avoid a loss of sales. The Asian dishes that bring our readers comfort and remind them of home With her company, Gunewardena is on a mission to prove that there is demand for well-sourced kithul, and, crucially, that it can fetch a higher price on a global market than the mass-produced brands. In addition to being vegan, pure kithul is low glycemic (and Kimbula Kithul certifiably so, by a lab in the United Kingdom), meaning glucose is released into the blood more slowly and that there is potential for kithul in the alternative-sweetener realm. Off the island, Kimbula Kithul is available in the United Kingdom and is heading soon to Australia and Singapore; as of this spring, a limited supply can be ordered via Kimbula’s website for delivery in the United States.

Complex issues adversely affecting the kithul industry abound, including land management under the Sri Lankan government; an outdated quota system that leads people to dilute the sap with sugar and water; a lack of infrastructure to accommodate such a perishable product; and the ever-growing reality of climate change’s weather extremes. (This species of palm is not currently cultivated and does not face the same environmental issues as oil palms.)

But kithul’s more immediate threat is a lack of tappers. “We’re not seeing a lot of young people go into it,” says Gunewardena. “The economic incentives have to change.”

The kithul trade is typically passed on down the line, with fathers teaching sons. Though it’s usually men who collect the sap, women are integral in the production and business side, and it’s very much a family-run business, Gunewardena explains in one of Kimbula Kithul’s Instagram posts. Women often handle the boiling of the sap, which must be done immediately after collection, before the sap ferments. Fermented sap, broadly called palm wine but known by many regional names, has long been enjoyed wherever palm trees grow, including parts of Africa and South Asia. In part because of this alcohol connotation in the old caste system, though, tappers were once looked down upon.

Netflix’s ‘High on the Hog’ showcases Black people’s vital contributions to American food “Overall, the esteem and the dignity of the work was not there,” says Gunewardena. “From a brand perspective, when I looked at the supermarket kithul bottles, the tapper was nowhere in the story of the product. But this whole industry relies on them, and if we don’t see them, don’t celebrate them, that’s our downfall.”

Ruwankumara, a tapper for Kimbula Kithul, has been collecting sap for about 10 years, though he didn’t begin until after his father’s death. His father didn’t teach him to tap because he thought it was too dangerous. In addition to dealing with snakes and insects, the climb itself is extremely tedious. Eight years ago Ruwankumara fell about 15 feet when his ladder broke away from the tree.

Once he and his wife had their son, Ruwankumara, now 37, started tapping again to bring in additional income, though he mainly plucks tea. (Most tappers work in another agricultural sector as well because such work is safer and more consistent.) The beginning of the year is prime time for kithul, and tappers can fetch a higher price, as it leads up to the Sinhala and Tamil new year in April, when kithul sweetens many celebratory foods.

Chanchala Gunewardena, founder of Kimbula Kithul. (Courtesy of Shashini Gamage) Amal Abeysekera, a lecturer in finance at University of Oklahoma, says that when he was growing up in Boralesgamuwa, a town on the outskirts of Colombo, “one of the most common ways I used to use it in the treacle format was to have it with curd made from buffalo’s milk.” One of his favorite things to make with kithul is pani pol. “You cook coconut in the syrup with spices like cardamom, nutmeg, that kind of thing,” he explains over a FaceTime call. “That’s a filling for different Sri Lankan desserts.” Kithul also works as a sweetener in typical western bakes, such as gingerbread cookies, cake and banana bread. “I also have made salted caramel from the kithul and made ice cream from it,” he adds. “It’s really good on ice cream.”

Ryan Chetiyawardana, a world-renowned bartender and bar owner in London, calls kithul’s deep sweetness “obviously delicious on porridge.” He also likes it in salsa, where its savory, smoky notes lift the natural sweetness of tomatoes. “You could glaze carrots with it or use it to give meat a sweet edge.” And yes, Chetiyawardana — who in early 2020 opened cocktail bar Silver Lyan in Washington, D.C. — also uses kithul in drinks, in ways that “bubble beneath the surface.” It works well in a whiskey sour, or with most any dark spirit.

But, “I think it’s more interesting in something like a martini,” he says. Indeed, just a quarter teaspoon of kithul stirred into a vodka martini (with the drinker’s preferred ratio of dry vermouth) creates a curiously savory sip, almost like a dirty martini despite its lack of olive juice.

Black barbecue gets a long-overdue spotlight in two new books Fore, who seeks to familiarize more people with Sri Lankan cooking through her pop-up restaurant Tuk Tuk, sees the syrup as nostalgic and distinct compared to other crops touched by Sri Lanka’s colonized past. “When it’s good pani, I use it to heighten desserts, add depth, an accent of sweetness,” she says. “Or I can cook it with onion, chile and tamarind and have a really good seeni sambol,” or onion chutney. Mass-produced kithul isn’t garbage, but it’s not particularly special, either. “In the same way you have industrial honeys and small honeys, it’s the same with industrial kithul,” says Chetiyawardana. One 265-milliliter bottle of Kimbula Kithul (complex, barely sweet) is $16.95, while larger brands such as MD (one-note, often sweet as caramel) go for $4 for 350 ml. It’s yet another example of paying more for quality and the knowledge that the workers behind a product are fairly compensated.

Kimbula Kithul, named for the crocodile that swims in Gunewardena’s mother’s native southern Matara District, is following in the footsteps of a few other pure kithul brands by working to get other such businesses to cooperate instead of compete. Gunewardena is sending a signal to the whole industry: Invest in the people who make this all possible by paying them what they’re worth, then increase the price at retail advertisement.

And it’s working: More small, pure kithul sellers are already popping up around Sri Lanka, and some tell her that Kimbula Kithul is the reason they got into this business. Rather than being upset that others are following her tactics, she celebrates it. “As long as they’re duplicating on quality and farmer compensation, there’s nothing bad about increased sales for tappers. It doesn’t mean I’m not ambitious, or competitive, I’m all those things,” she says. “But you can get stuck in the competition and get bogged in the drama of that, or focus on the possibilities.” “I’m in a position where I just have to get this product out there to get the support to get the infrastructure to build it,” she says. “That’s the immediate goal. Then we’ll chase the many dreams.”

By
By Kara Elder
Washington Post
Photos by Chanchala Gunawardhana