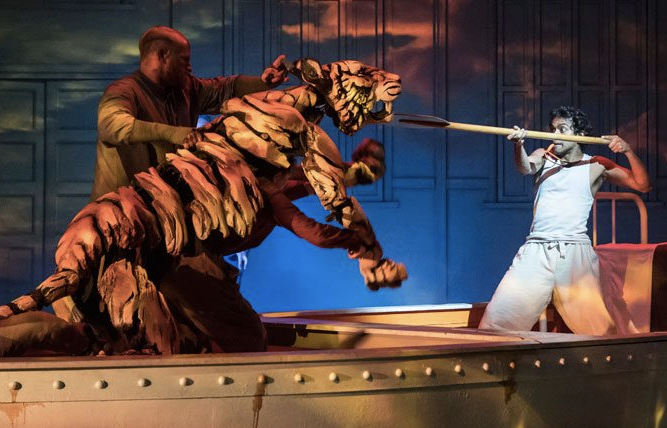 Hiran Abeysekera, best known for his performances in “Lion in the Tent” & “Midsummer Night’s Dream,” has won the” Best Performance Award in a Play at the UK Theater Awards 2019.

Hiran, a past pupil of Nalanda College, studied acting at the Royal Academy of Dramatic Arts, London.

His play, ” Life Of Pi, follows the story of a sinking ship that leaves just five survivors, a zebra, a hyena, an orangutan, a hungry Bengal tiger, and a sixteen-year-old boy. Time is against them. And they have one mission: to survive. This play is based on the worldwide best selling book and 2012 film of the same name.