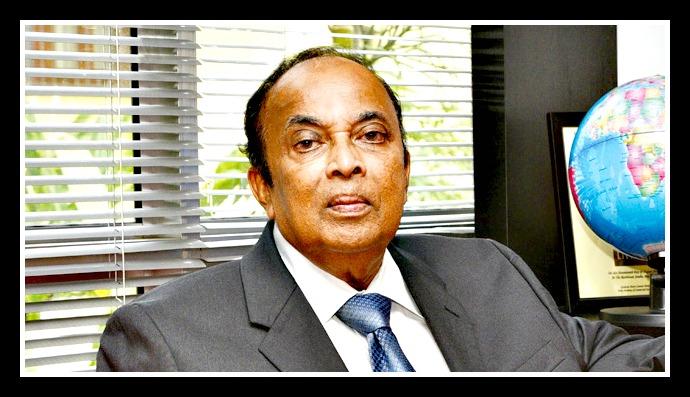 After my basic education at St. Thomas’ In Matara and Ananda College, Colombo, I entered University of Ceylon at Peradeniya. Got a B. Sc. First Class (1965). Served as an Assistant Lecturer in Physics at University of Ceylon Colombo (1966) and an Assessor at the Inland Revenue Department (1966-1970).

Thereafter, did an MBA at then Vidyodaya University (now USJP) and joined that university. In 1972, I was selected for a Fulbright scholarship to USA and completed MBA and Ph. D. at University of Chicago, one of the top ten universities in the world, in 1977.

Received a JD degree and was admitted to the California Bar as an attorney at law (1998).

Invited gust lectures at U of Auckland, Economics Institute, Bangkok, and Universities of Moratuwa, Sri Jayewardenepura, Colombo and Ruhuna.

In November, HE President Gotabaya Rajapakse appointed me High Commissioner to Republic of South Africa, concurrently accredited to Angola, Namibia, Botswana, Zambia, Zimbabwe, Mozambique, Malawi, Lesotho and Swaziland/Eswatini. I will be assuming duties in March.

My main focus in this position will be developing stronger relationships between South Africa (a key member of the African Union) and Sri Lanka, including a possible preferential trade agreement currently planned by the Ministry of Trade, and several other projects (some already in progress through my Commerce Secretary) to increase exports of goods and services, and tourism (in association with the Export Development Board, Tourist Board, BOI, Port City Authority and the Chamber of Commerce all of whom I met recently in Colombo). Also seek the support of some of these ten countries who are members of (Namibia and Malawi), or active, in the UNHRC, to understand and appreciate Sri Lanka’s position and actions in this field.

I am married to Shirani, and we have a son Sajindra, a lawyer; a daughter Shalini, a CMA, and two grandchildren.