Today on the Buzz, I have an amazing personality who has always been an institution when it comes to class, grace and talent. I have always enjoyed seeing him on stage or seeing his students keeping the craft alive. He has represented Sri Lanka on many stages and always kept our flag flying high. He sure is a gentleman who commands respect and I’m happy to have the amazing Channa on the Buzz today.

What made you make dance your career? First I was into sports and academically I was more into physics. But once I saw Dr Chitrasena on stage who looked like a marble statue, that made the change. And every job I did, I did a couple of jobs, I was attached to the Cultural Ministry and all of that had to do something with dance. I was a project officer on Performing Arts at the Education Ministry as well.

You are a lover of the entertainment industry, do you feel the youth of today understand the value of respecting this skill? Understanding the value of respecting this skill, wow… you can categorise it into two. There’s a certain lot that just go behind money. They are not worried about anything but worried about how much they get. So they are not interested in the spiritual part or anything, it’s just one frame, they get into a costume and go for it. Then the ones who value are from the creative part. They are very spiritual and they respect and understand the value of their career. There’s 60 – 40 percentage. There’s 60 who will value the art and feel the art and will work on the art. 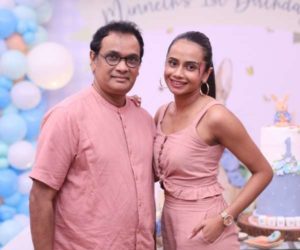 How was school life? And what did you want to be when you were growing up? The YMCA is just next to our house and all the sports were there. And when I was in school I was into basketball, rugby, table tennis, athletics. I just wanted to be a sportsman and I had a lot of sports inspirations senior to me like Nalin de Silva, Nihal Mendis whose in New York and they were my role models and I wanted to be them. But after seeing Dr Chitrasena it just switched off and then came dance.

What do you think Sri Lankan Youth Are missing? RESPECT!!! Respect for each other, when you don’t get respect from someone you don’t respect anyone. Respect whatever you do. Respect your art, home, school, country your city everything. Well, there are two parts of mankind, there’s good and there’s bad. Bad ones are the ones who pollute and kills nature and etc. so basically, if we have less bad and more good I’m sure this will be a better place.

What has been your favourite travel destination and why? I would say Europe because there are so many countries around. The paintings, sculptures and so many beautiful places like Venice and all that. I would love to say India as well and Japan also. But first, it’s the whole of Europe, then India, then Japan.

Describe your day at work? I focus on my work on the previous day and I live with that. Early morning I starting jotting out things about what I do, and then the main thing is training my dancers. I start at around 10:30 and it will go on till 3:00 and then I take a little break maybe a small nap. Then do a couple of readings surf the internet, work more on that, then comes the television. Then I go out in the evening, come back and work more again. Oh, I forgot I also do my exercises in the morning. 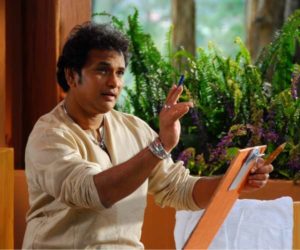 Today with social media, many have become dancers and even choreographers. What are your thoughts on it? Half of what we see in social media is fake. I’ll just give you an example, you see yourself in the mirror and you expect that same visual on a photograph but remember the Mirror is a reflection and a photograph is different. So because we want the exact reflection we saw on the mirror in a photograph as well we start changing different angles and filtering it. So just like that the content they put on social media is half filtered and fake. When we take dance movements, they just copy something and they try to become popular, they try to get more views, likes and comments, but they are not artists. Artistes are full of beauty, classical, creativity and spirituality.

What kind of legacy do you want to be remembered for? Channa just Channa!

What did Covid19 teach you? It helped me to start finding myself and helped me to teach my students and everyone to find themselves because there’s so much time. They started living with themselves, having homemade food, doing everything at home, planting trees and everything became very very Sri Lankan and Sri Lankan products started coming out and I even started choreographing in different ways because it was done virtually.

Most memorable moment on stage? The ballet Karadiya. That was the dream and I think that’s a dream a lot of people dream about and it’s a wonderful ballet. So it was a day where I had to practise so much and it was under my sleeve I could do anything in Karadiya because I practised so much. So then suddenly my guru Vajira Chithrasena told me “Channa you will be playing only the last scene” I said ok, I said ok because I rehearsed and practised the full ballet altogether. So I was asked to do only the last scene which was about 10 minutes. I was not disappointed at all and I started working on the last scene because there were a lot of leaps in that scene with rain and lightning and then we fell and a song came in the end. Just before the act started Dr Chithrasena came and told me “Channa, play Sumeda’s character”. Sumeda is the main character who dies, so I had to play only that. I only had to leap around in the dark and drop dead, I didn’t even have the song to do. But still, that woke me up and that’s how it worked. 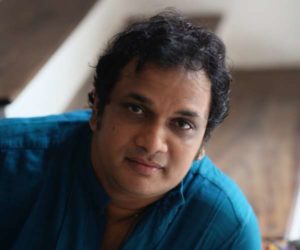 Most embarrassing moment on stage that you remember every day? Woah…. It was Kinkini Kolama. Normally during the break, dancers have their lunch and one of our drummers had his lunch and kept the leftovers in the sink. Then I was wearing a Nilame’s costume, I was one of the three Nilame’s. You normally put paper inside to make the sleeve look big in the costume. So I took the paper in the sink and went out it in and I have accidentally put the paper with all the leftover food and there were so many ants..so I was so embarrassed to be on stage because all the ants were coming down my hand and I was bitten by ants and my whole arm was swollen and you know it’s not easy to perform when you’ve been bitten by ants and you’re swollen and you know what’s happening inside the sleeve and not forgetting the bad smell. It smelled so terrible, I realised that none of the dancers came close to me during the whole ballet.

You have worked with many actors and singers, who is your favourite when it comes to their dance moves? Well, I can say it’s Sangeetha Weerarathne. She understands what dance is and she has a degree in classical ballet and she has learnt dancing under me and she is very easy to work with. She’s also very creative and she helps me a lot in my creations.