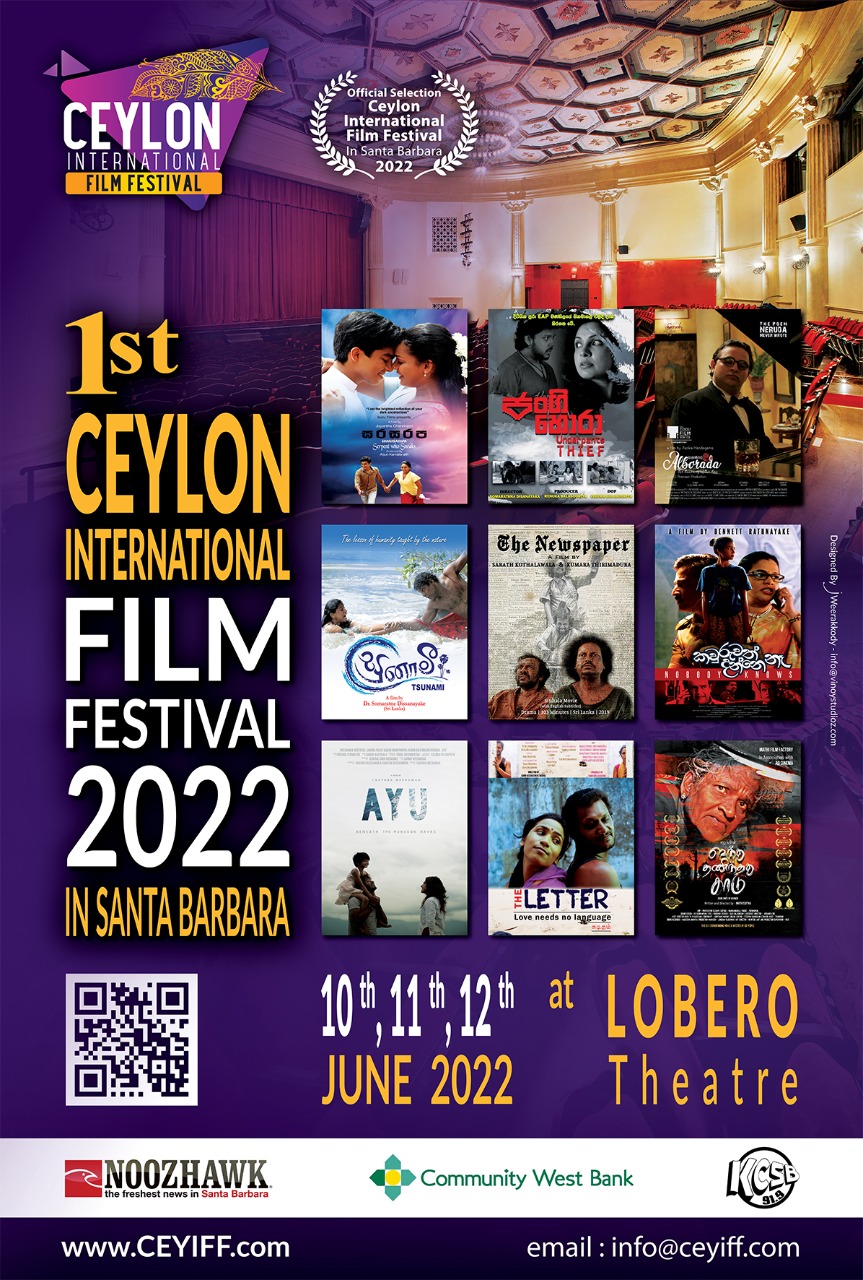 The Ceylon International Film Festival (CEYIFF) is a 501(c)(3) non-profit arts and educational organization formed by Aruni Boteju, headquartered in Santa Barbara, California. The focus of Ceylon International Film Festival is to promote Sri Lankan Cinema while opening up opportunities for Sri Lankan filmmakers to enter into the global standards of filmmaking by having an exposure to Hollywood. This also provides them with ample opportunities to exchange the global culture and immerse themselves in the creative landscape of filmmaking.

We are committed to promoting new filmmakers’ projects and showcasing their films to international audiences. Our mission is to screen independent films of all genres from all around the world.

The educational arm of the organization focuses on providing scholarships and other benefits to the filmmakers with the objective of encouraging them to strive in the filmmaking industry. Further, the educational arm also offers courses and training programs to help them sharpen the saw, using modern tools and innovations.

Master Class program for young filmmakers can be identified as another milestone of the organization where the two cents of experts are being given to the new bees, using virtual workshops and in-person workshops. This takes place in both countries, ensuring the exchange of customs and cultural knowledge that are indigenous.

The story of the International Human Rights Documentary Film Festival established by a single individual, Igor Blazevic, just over a decade ago, is a classic case study on how one can transform to reality and run a film festival even in a place with no facilities and infrastructure, but only an idea. First supported by a small NGO, People in Need, The One World Festival, presents over 100 documentary films during nine days in Spring from around the world. It was the catalyst for the Human Rights Film Network, which brings together 33 festivals from around the world. That example boards well for Aruni’s planned Ceylon International Film Festival, which has a head start with the support of the Santa Barbara Institutions and leading personalities, including the mayor, a big supporter of the effort.

For more information go to:
http://www.ceyiff.com