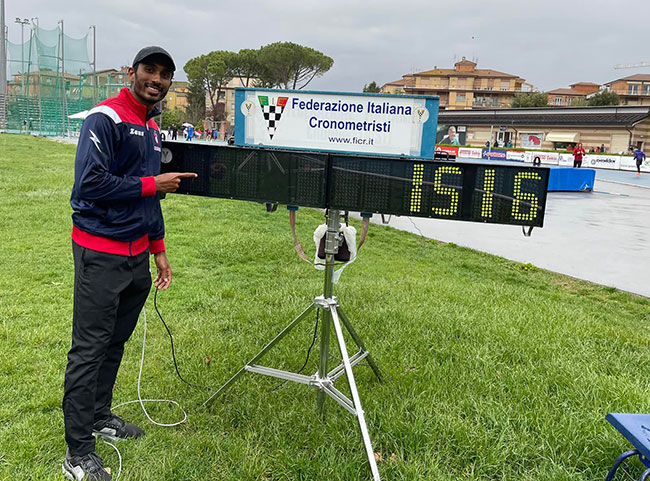 Sri Lanka’s Yupun Abeykoon has set a new Asian record in the 150 meters men’s event at an athletic meet held in Italy.

The sprinter clocked a time of 15.16 seconds to finish first place in the race and in the process surpassed the existing Asian record in the event.

The previous record of 15.35 seconds had been set by Japan’s Yoshihide Kiryu in 2017.

Abeykoon set the new record during yesterday’s race in the Perseo Trophy, which was held at the Stadio Raul Guidobaldi in Rieti, Italy.

Italy’s Chituru Ali was second in the race with a performance of 15.17 while another Italian athlete, Mattia Furlani came in third with a timing of 15.76 seconds.

Sri Lanka’s Vinura Lakmal had also participated in the same event and managed to finish seventh with a timing of 16.83 seconds.