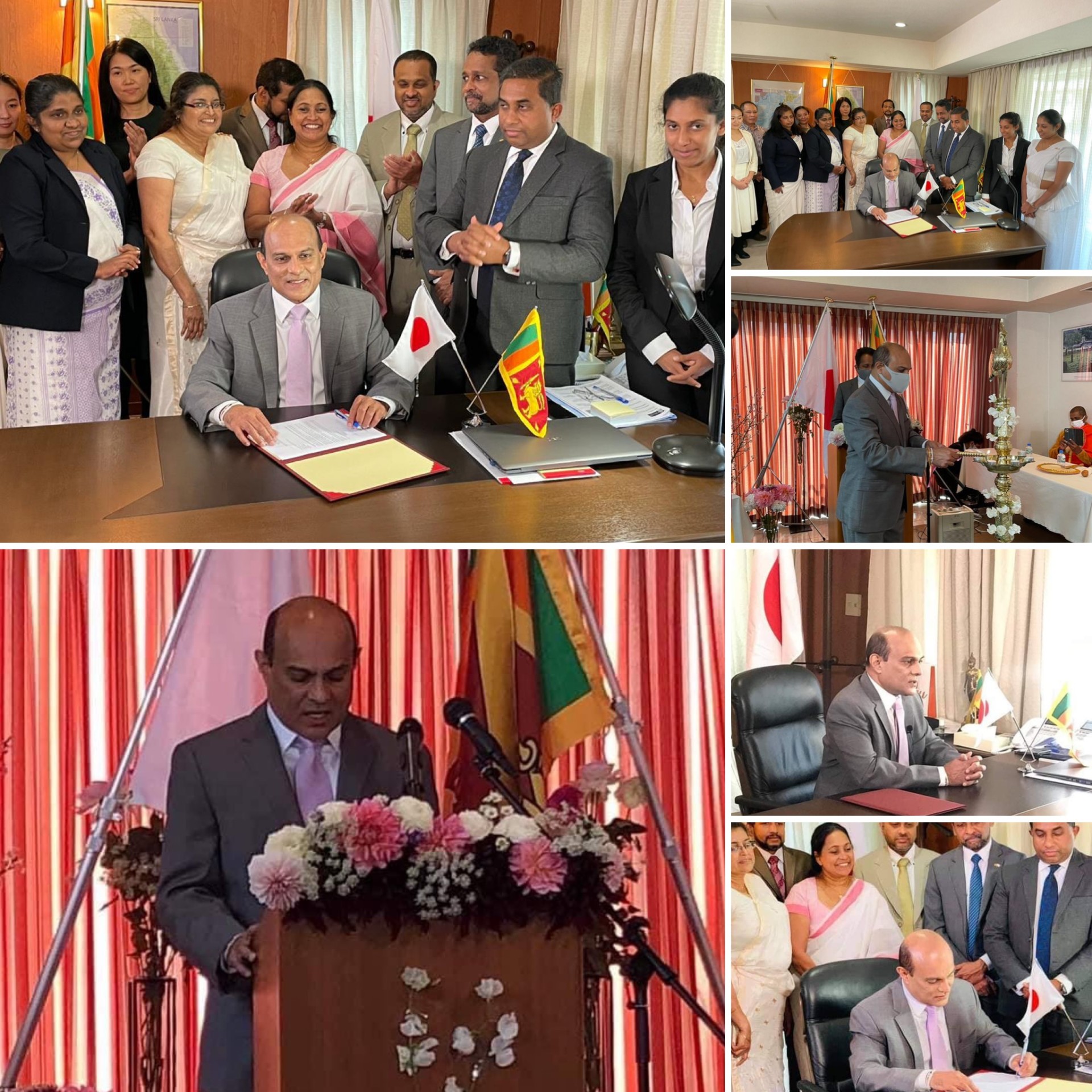 The event of the assumption of duties of the Ambassador included the invoking of blessings by Buddhist, Hindu, Islamic and Christian dignitaries.

The chief incumbents and other Buddhists monks of Sawara Lankaji Temple, International Buddhist Centre – Hachioji, Fuji Sugatha Senasuna and Tsukuba Sri Sambuddhaloka Temple attended the event. Sri Sarujan Sathyamoorthy, Abdulla Lathif and Dr. Nimfa Jayamanna conducted the blessings of Hindu, Islamic and Christian faiths respectively. Senior office bearers of the all Associations connected to Sri Lanka in Japan also participated in the event followed by an alms-giving to the Maha Sangha and other religious dignitaries organized by the staff of the Embassy.

The Ambassador Gunasekara explained his objectives during his period which were assigned to him by President Gotabaya Rajapaksa. Further increasing and expanding bilateral relations of two countries and especially exploring strong economic relations are key priorities of his work. Ambassador-designate explained his strong intentions to find more Japanese investments in Sri Lanka, increase employment opportunities in Japan, Japanese tourists to visit Sri Lanka and increase exports to Japan.

Mr. Gunasekara is a businessman by profession and runs several businesses in the Los Angeles in the US. He also had been a team leader of many charitable engagements in both in the US and Sri Lanka.

He has a Bachelor of Arts in Economics & Management and Bachelor of International Relations from Beloit College Wisconsin and a Master’s Degree in Business Administration from California State University.