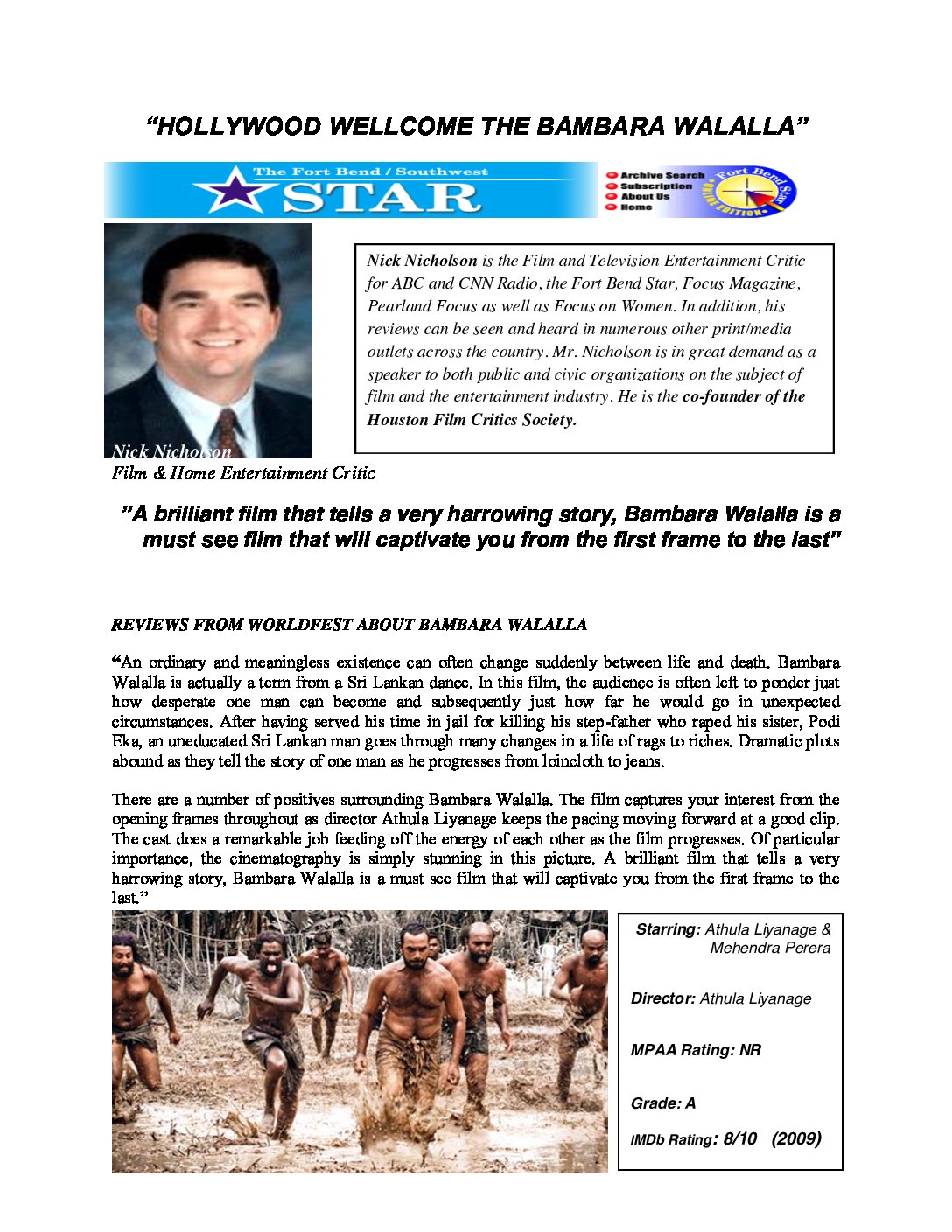 Bambara Walalla (Whirlwind) is a life of rags to riches story which was received the, special REMI Award (Gold) for the Best Cinematography and special jury Remi award for Best Direction in the 43rd Annual Houston International Film Festival at 2010 year (Conquer over 2400 films represent of the 23 countries). It also grabbed the SAARC film festival awards for Best feature film and the Best Direction at 2011 year (beat out the India & won the 2nd place).Foremost, Sri Lankan Universities are recommended this cinematography for their final exams of the fine art degree.

CONTEXT OF THE SOUVENIR

Psychological view of the Bambara Walalla

According to well known Sri Lankan psychiatrist Prof. D.V.J. Harishachandra’s point of view, he would say Bambara Walalla was used knowingly or unknowingly, the principals and concepts of modern psychology which were toughed Symbols, Principal of the Pleasure, Condensation, Identification, Primary Anxiety, Oedipus Complex, Primordial, Contraries and Shadows etc. Those are known facts in psychiatrists like Sigmund Freud, Carl Jung, and Boris Ramon & Otto Rank etc. This Although a psychiatrists may interpret the entire film as ‘a cinematic expedition into the darkest depths’, Bambara Walalla in its entirety is a cinematic expedition into the dark side of the milieu at one level and into the dark side of the human psyche at another level.

Bambara Walalla film is very much closer to a criminological visual discourse which is transference the contemporary the human society. Simply said Bambara Walalla is visual art of criminology. The film consists with various types of crimes and deviant behaviors. The films describe the criminal patterns otherwise “Wave of Crimes” in a very effective way which is provided criminological explanations & much more scientific, empirical and systematic analysis without being bias on moralistic, political or emotional bias. According to classical sociologist Emlie Durkheim “Crime eradicated society is a totally ill or paralyzed” Crime are unique to each and every culture and it is an universal concept which was proved by this cinematography.

Bambara Walalla was inspired the great piece of art from some sociological perspectives of human behavior. For instance, while society pushes innocents to be criminals, it punishes criminals. The question as J. Krishnamurti the philosopher – constantly raised ‘Can’t we free ourselves from the social conditioning and be free human beings? Also the film explains the unstopping conflict between social opportunities & the goals which are exists in a Society and ways in which how the anomic status, economic crisis, Social satisfaction, poverty, Social disorganization and the social class reinforce a person negatively who are living in an unfair surroundings or any haphazard context.

For most of human history, politics has been utterly nepotistic, corrupt, and undemocratic and filled with tyranny. The natural state of man is tyranny and/or misery. The deviants, in the modern world, are not the Third World countries but the First World countries, which have followed a path unprecedented in human history. One of the most important economic, sociological and political sets of questions of today is how these countries got onto this path. Bambara Walalla was questioning the poverty, law & order, personal freedom, and civil society for granted, it seems to be hard for us to understand why it is so hard to achieve these objectives in Third World countries. 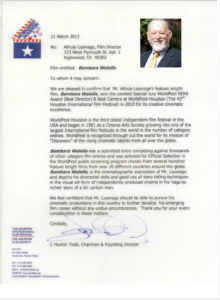 If you have any queries please feel free to contact: