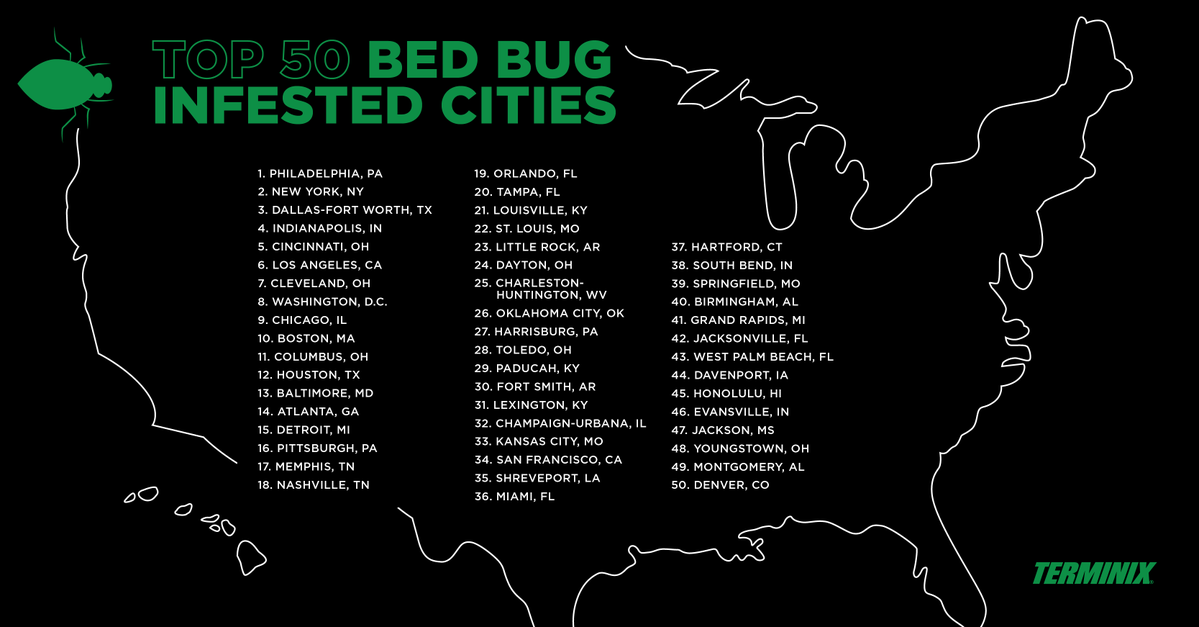 If you live in Los Angeles, the latest survey of cities with the worst bed-bug infestations won’t be much comfort.

The City of Angels ranks sixth in the nation among cities with the worst bed-bug problems, according to Terminix.

Topping the list was Philadelphia, followed by New York, Dallas-Fort Worth, Indianapolis and Cincinnati. The survey was based on the number of service calls the national pest-control firm handles at its various metropolitan branches.

Still, there was some good news for Angelenos. The city ranked third in the 2018 survey, so there’s either been some improvement in SoCal or a few other cities got a lot worse.

Terminix is offering a few tips for avoiding bed bugs when traveling this summer:

Hang all clothing and don’t leave anything lying on the bed or furniture.

Store suitcases on a luggage rack far away from the bed. Source – ABC 7