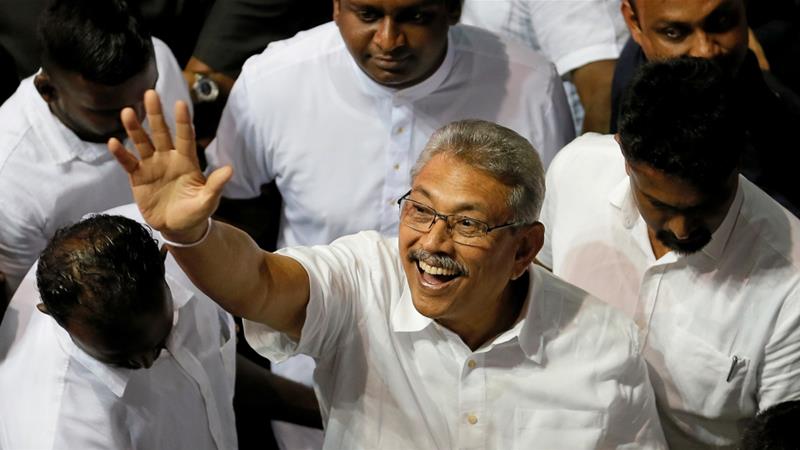 Gotabaya, 70, a brother of former President Mahinda Rajapaksa, was a powerful defence bureaucrat under his brother’s government, which defeated the Tamil Tiger rebels’ 26-year revolt in 2009.

The former president announced his brother’s candidacy to cheering supporters at a rally on Sunday in the capital, Colombo.

Earlier at the campaign event, Rajapaksa was named the leader of the Sri Lanka People’s Front, under which Gotabaya will contest.

“My top priority will be ensuring security in the country without allowing extremist terrorists to raise their heads,” he said at the rally, which was shown live on private television channels.

Gotabaya Rajapaksa confirms presidential run in anxious Sri Lanka “I will accept responsibility for your safety, and the safety of your children and your loved ones,” Gotabaya said to cheers.

Gotabaya promised that, if elected, he would prioritise Sri Lanka’s national security and the revival of its economy, which has been hit by a lull in tourism after attacks in April.