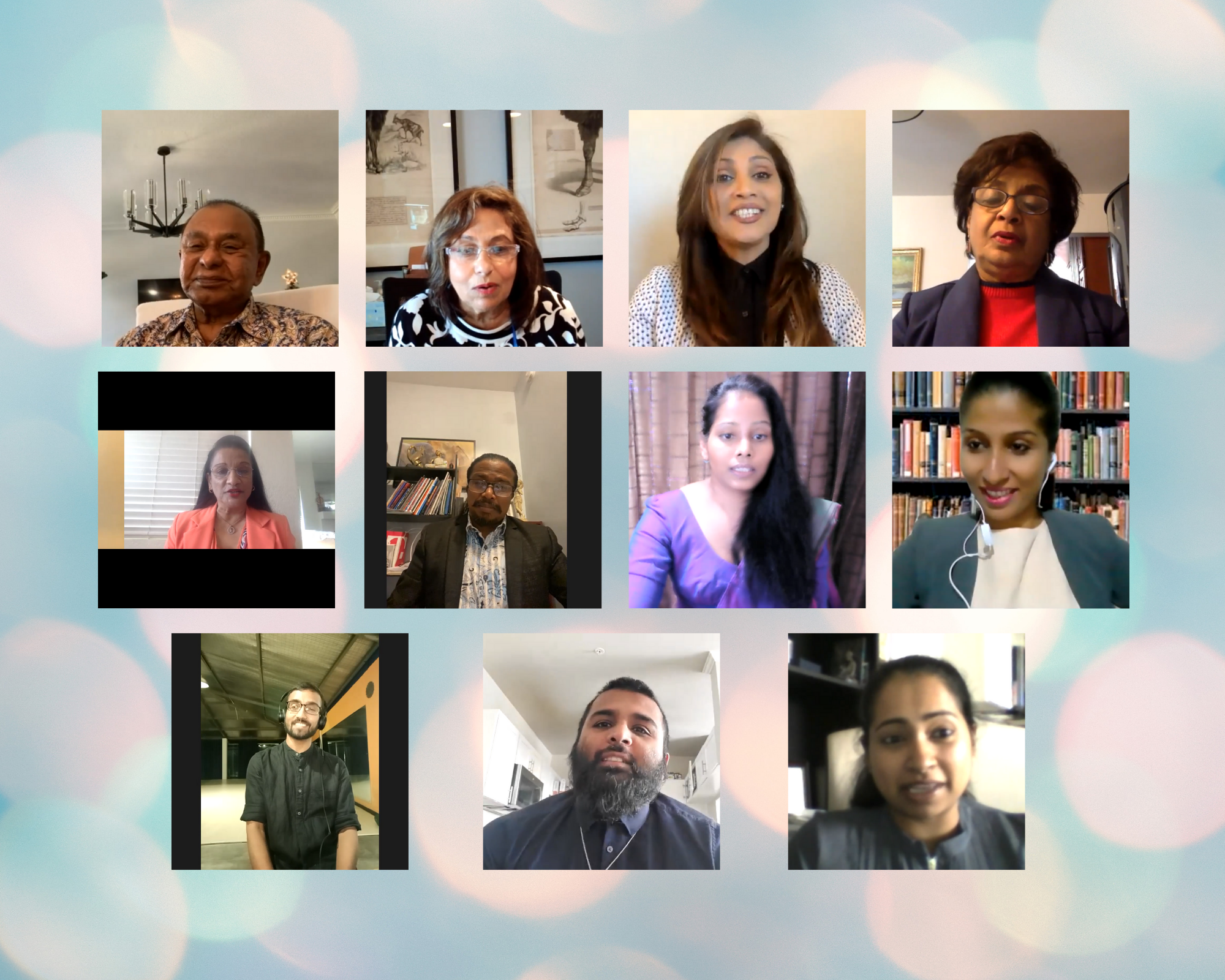 On Sunday, January 24th the Sri Lanka Foundation Academy of Performing Arts hosted another successful webinar to preset the certificates to the students who completed the Dance & Drumming classes in 2020, and after they enrolled for the New School Year to continue the virtual lessons.

Achala Weerasinghe, the Director of Operations welcomed everyone with a brief description of the school’s future goals to expand globally on virtual classroom sessions. Shirani Stanislaus,Chief Operating Officer introduced the new lectures, Nirosha Gunasekera from the Visual and Performing Arts University in Colombo, Akila Palipana, from the University of Kelaniya in Sri Lanka and the new instructors, Nalinda Dilupana, from the Behri Foundation Drums & Dance and Kanishka Gomas, the founding member and dance instructor at Behri Foundation of Dance & Drums.

The program continued with speeches from the current Academy of Performing instructors, Lal Thilakaratna and Umendra Khandawarachchi, who talked about the success of the virtual sessions and showed video clips of the students performances in 2020.

The new lecturers and the two new teachers also had the opportunity to present video’s of their experience and knowledge as well as addressed the audience to say how excited they are to be a part of the Academy.

Sri Lanka Foundation Vice President, Aeshea Jayasinghe inspired everyone from her speech by highlighting areas of importance of working together as a team to achieve success. Keshini Wijegoonaratna, the Director of Project Management & Public Relations, updated the Accreditation Self Study process and explained the credibility of the ACS WASC accrediting agency.

The founder of SLF, Dr Walter Jayasinghe thanked the SLF and the Academy staff for working diligently to bring the foundation to this level and addressed areas for expansion for the future.

The program ended with Achala Weerasinghe, the Director of Operations of the Academy, with a vote of special thanks to the SLF Media Director, Chamodh Amarasinghe for all his hard work by creating the graduation ceremony on a virtual platform, and also thanked everyone for attending.